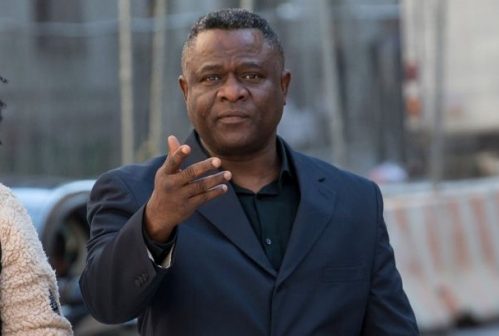 Colin Akparanta, a Nigerian-born correctional officer at the Metropolitan Correctional Center in Manhattan, New York, has pleaded guilty for an abusive sexual contact of a female inmate, PM News reports.

“In connection with the plea, Akparanta also admitted that he engaged in abusive sexual contact with six additional victims, and engaged in sexual acts with all seven of the victims”, Berman said.

Akparanta was employed as a correctional officer at the MCC in 2004.

The indictment read: “Between in or about late 2012 and in or about April 2018, AKPARANTA used his official position to engage in sexual acts and contact with at least seven female inmates at the MCC while they were under AKPARANTA’s custodial, supervisory, and disciplinary authority. AKPARANTA digitally penetrated the victims’ vaginas and touched their breasts, buttocks, and/or genitalia. AKPARANTA also had some of the victims touch his penis over his pants.

“In addition, Akparanta smuggled contraband, including, but not limited to, personal hygiene items, makeup, and food into the MCC for some of the victims, and, with respect to at least one of the victims, explicitly conditioned his provision of contraband on the inmate’s continued performance of sexual acts with him. AKPARANTA also asked the victims for their contact information in order to reach them after their release.