A man claiming to have assaulted a 3-year-old girl because he was under a spell has been nabbed. 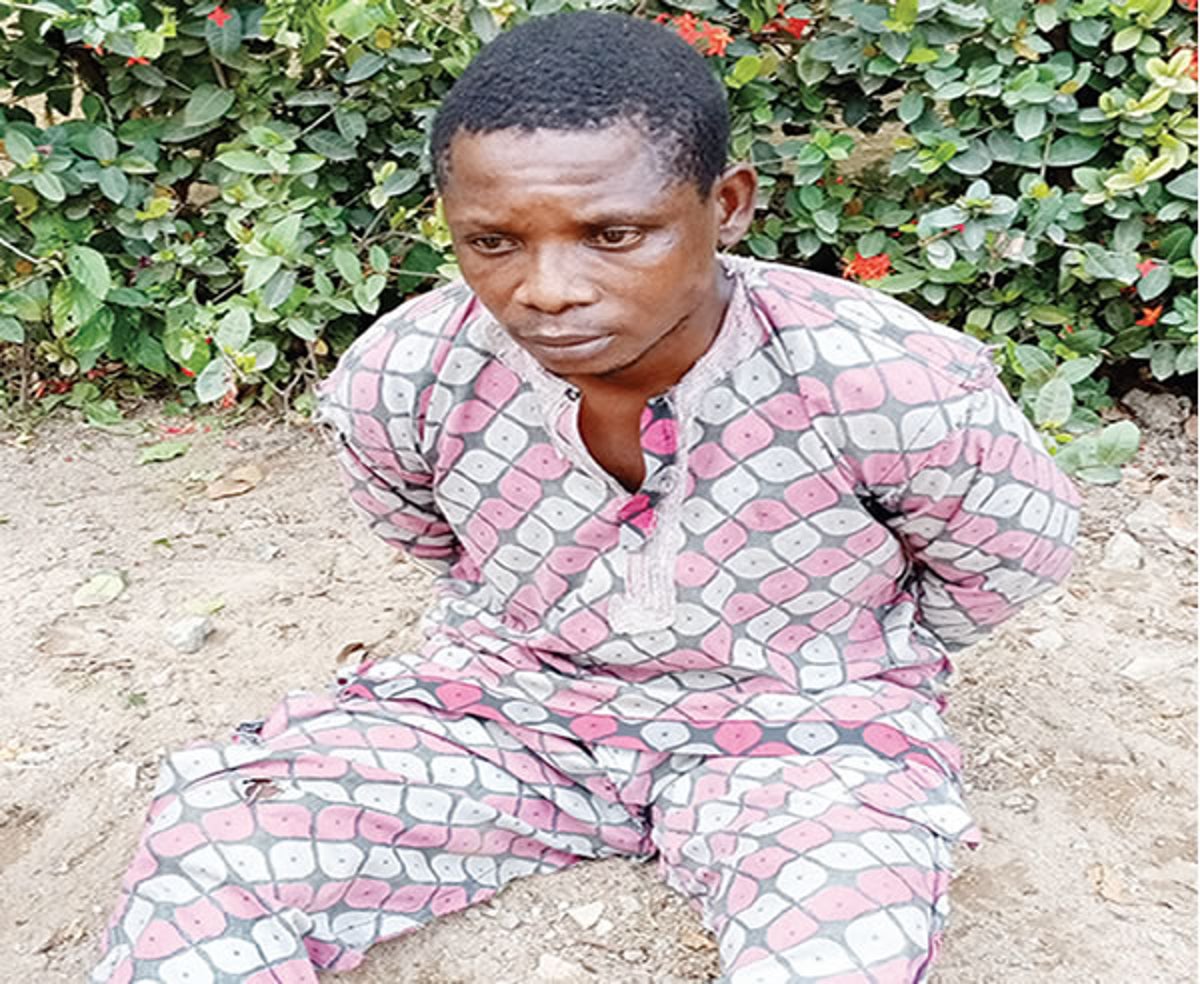 Olusesan Adeyele, a 29-year-old man, who was arrested for sexually molesting a three-year-old girl in Ifetedo, Osun State, said on Thursday that he acted under a spell and pleaded for mercy, Punch Metro reports.

Speaking to journalists after he was paraded by the state Commissioner of Police, Johnson Kokumo, in Osogbo, the suspect said his head became clear after he had committed the crime.

Adeyele, a printer, said despite the victim’s wailing, he could not stop, adding that he was a first time offender and pleaded for mercy.

Kokumo said the complainant, a woman friend of the suspect, left her daughter in the care of Adeyele sometime in February 2020, adding that on coming back from the farm, she discovered that the girl had been defiled.

The CP stated, “When the mother returned from the farm, she noticed that the victim was bleeding. Upon the receipt of the complaint, the police swung into action and arrested the suspect, who confessed to the crime during the course of investigation.

“The victim was taken to hospital for medical examination and treatment, where she is still receiving treatment and the medical examination revealed that there was extensive laceration into the rectum. The suspect will be charged after the completion of investigation.”

Also paraded were suspected armed robbers arrested by men of the Operation Puff Adder, who were on patrol of the llesa/Akure Expressway in Ile-Ife.

Kokumo said the patrol team intercepted Babatunde Odunayo, 29, and Akinola Tosin, who claimed to be a military personnel.

He added that the suspects were believed to have engaged in armed robbery, impersonation and obtaining money from a Point of Sale operator in the Ajebamidele area of lle-Ife.

The CP stated, “The two men, with a UBA ATM card, intended to withdraw N50,000 from the PoS operator, but the card was not functioning. The self-stlyed soldier threatened the victim with a sword and jack knife when the PoS operator refused to hand over the sum to them.

“Another complainant was also dispossessed of N30,000 at his PoS stand by the same gang. On February 24, 2020, the same gang went to Ipetumodu in its usual modus operandi, which eventually led to the arrest of the members by the Operation Puff Adder patrol team.”

Another suspect paraded by the police, Idowu Adejare, was said to have killed one James Yankume in Ikotu village, Awo, Osun State, when he went to the deceased’s house with a cutlass and Dane gun, chased him and his wife out of the house, beheaded the victim and dumped the head in the forest.

Kokumo advised criminals to relocate from the state as the command had zero tolerance for crime, adding that all the suspects would be charged on conclusion of investigations into their respective cases.