End Of The Road: How Notorious Female Drugs Dealer, Madam Queen Was Finally Caught In Sokoto


A notorious female drugs dealer, Madam Queen has finally landed in the net of the National Drug Law Enforcement Agency. 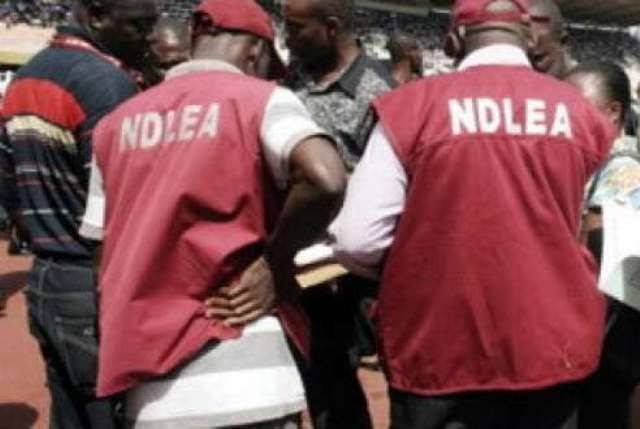 The Nation reports that after previous attempts to nab Madam Queen, a notorious drug dealer, the Sokoto state Command of the National Drug Law Enforcement Agency (NDLEA) at the weekend confirmed her arrest along 18 others in a latest operation it carried out in Sokoto.

Queen , known to be a popular drug baron is said to be on the top list of those under watch by the agency.

According to Kido , the suspect had been into the illegal business of assorted drugs as a major dealer syndicate of Cannabis Sativa (Indian hemp), across Sokoto State before her arrest alongside 18 others who were discovered to be her sales boys.

The notorious Madam Queen , according to the Commander was residing at Raymond village in Dange Shuni Local Government Area of Sokoto State before her arrest on February 28, 2020 in the same village where Pentazocine injection among others were also found in her possession.

” Pentazocine injection is topping the chart as a class ‘A’ of prohibited and illegal drugs worldwide”, Kido said.

Disclosing further, Kido said the command had within the month of February 2020, it seized 141.534kg worth of illegal drugs within the state.

The seizures, he explained , include tramadol diazepam, pentazocine injection and 134.128kg of cannabis Sativa while adding that ”a popular hotel in the state capital was raided along some drugs black spots within he metropolis in the month of February.”

In the same vein, Kido said following the command’s frantic operational activities, noted that, sanity had been restored to the hotel.

He however, disclosed that committed efforts were being fast tracked in making the state drug abuse free.

N20,000 Coronavirus Cash Transfer Will Be Given To Only One Million Households - FG says