Odion Ighalo made this revelation ahead of his first Manchester derby, live on Sky Sports. 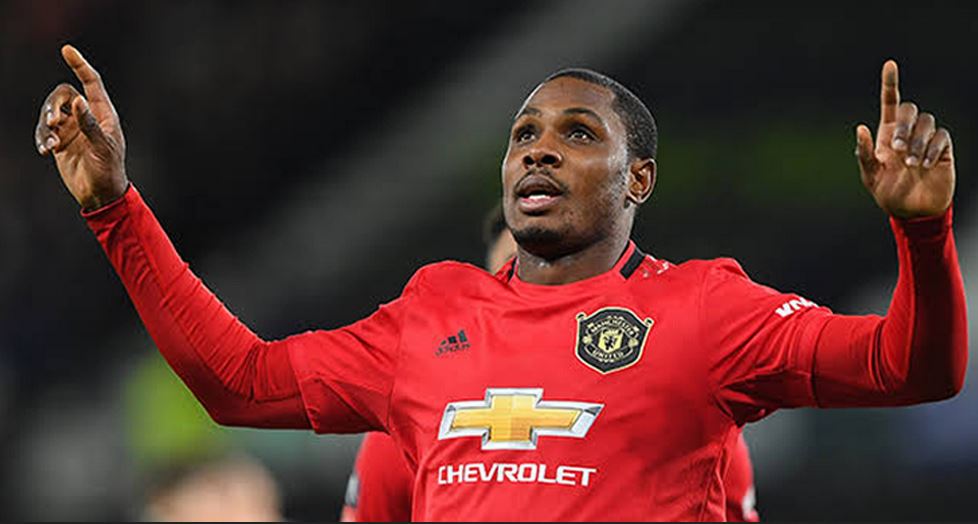 Odion Ighalo, an ex-Super Eagles striker, has revealed how he spent his lunch money on watching Manchester United as a child.

He said this ahead of his first Manchester derby, live on Sky Sports.

Ighalo has always loved Manchester United. Growing up in Nigeria, Ighalo and his siblings were big fans of the club and would set aside money given to them for school dinners so they could watch their favourite team.

The striker, who was loaned to his favourite boyhood club on Deadline Day, sat down with Sky Sports’ Patrick Davison ahead of the Manchester derby to reveal all about his childhood watching United.

He said, “I know many footballers say that, when they sign for a team, this is my dream team. Respect to that but my own case was different.

“I grew up in Ajegunle, which is like a ghetto and it was very difficult there. When it would get to the weekend, everybody was excited because they wanted to watch Manchester United play.

“You have your jersey and you wash it before the weekend. You put them on and go to the viewing centre and it’s crazy there. Some other fans want Manchester United to lose then you’re a Man United fan and you want them to win and you start arguing, shouting, screaming and all of that.

“In some there are 200 people in this small room. You go to another one and you see 500 people in there. Some people would stand, you’re paying but even then, you’re standing and watching it from afar. There’s a big screen and a little screen and you have to watch there.

“Back then, Manchester United were the best team in England. They won every game, every season you’d see them winning the Premier League when Sir Alex Ferguson was here. Everybody wants to associate with a team that’s winning and that’s how I associated myself. I was very young then and growing up, I followed the team to today.

“Back then, they also had an association of Manchester United fans so there would be a meeting once a week to talk about Man United, like a little fan forum. When I remember all that now, I laugh and say ‘wow, from Ajegunle to the Theatre of Dreams’. It’s a great moment for me and I’m enjoying every bit of it.

“It is the happiest moment of my life, playing for my dream team, the team I supported when I was young.”