An ATM in UNIOSUN has been burgled in the middle of the night by suspected robbers. 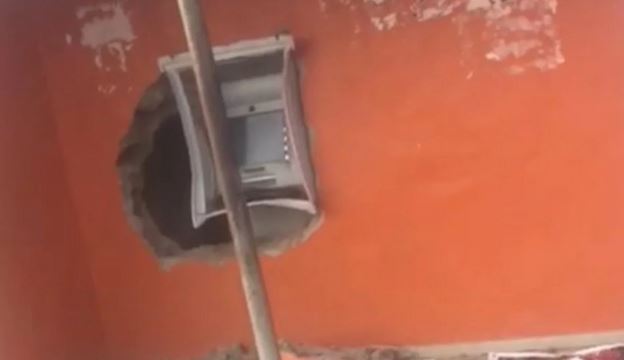 An ATM in University of Osun state (UniOsun) was allegedly burgled last night by thieves who carted away the money.

A video of the burgled ATM was shared on social media by a student of UniOsun who claims some thieves were responsible for the act.