Colleagues of dethroned Emir of Kano have been prevented from visiting him by security operatives. 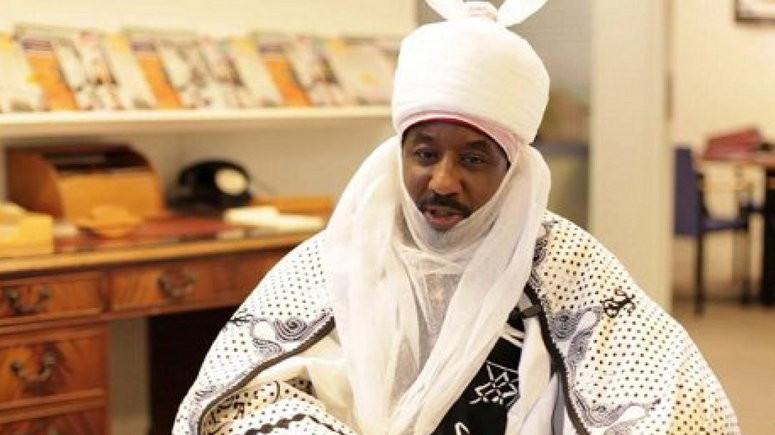 Dethroned Emir of Kano, Muhammad Sanusi II
Traditional rulers have been stopped by a team of about 20 police officers from visiting dethroned Emir Muhammad Sanusi II in Awe, Nasarawa.
According to Punch, amongst those barred from seeing the monarch were two paramount rulers – the Yakanajin Uke, Alhaji Ahmad Abdullai, and the Sarkin Karshi, Dr Muhammed Bako.
It was gathered that the monarchs who got to the gate of the compound where the deposed monarch is kept around 1:30pm, were turned back by the security men.
Others who were barred from seeing Sanusi, include sympathizers and journalists.
The security agents, including policemen, Department of State Services operatives, and the Nigeria Security and Civil Defence Corps (NSCDC) officials, reportedly chased away a crowd that had gathered in front of the compound.
They also allegedly harassed journalists, who were at the gate of the compound.
The police were said to have seized phones belonging to some journalists, on the grounds that they took pictures of the houses without approval. Although, they later returned the phones and asked the journalists to delete the pictures.
Recall that on Monday, March 9, 2020, the state executive council chaired by Governor Abdullahi Ganduje, dethroned Sanusi for alleged disrespect and insubordination and for not honouring events organised by the state.
Following his dethronement, the ex-monarch was moved to a local community in Nasarawa, where he has since been placed under house arrest.
Top Stories