An angry man has fought his wife and a neighbour after catching them redhanded having 'fun'. 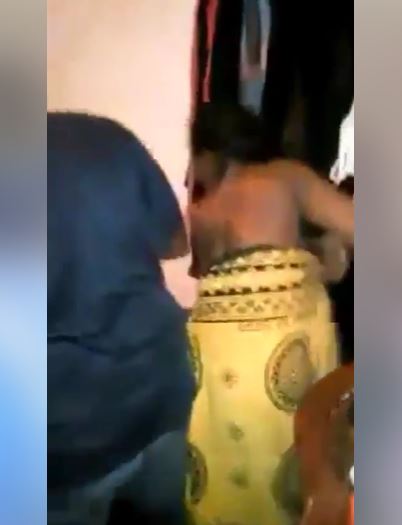 Husband fights wife after catching her cheating with a neighbour
Just few days after a man caught his wife with his side-cock, another man has caught his wife sleeping with their neighbour.
It was gathered that the man had been suspecting the wife prior to catching her redhanded.
The sad incident caused a serious fight which saw the man attacking the neighbour. Many people couldn't resist the urge to watch.
Sharing the video, a Facebook user, Badero Olusola wrote:
"Husband suspected that his wife was having an affair with their neighbour. He left for work and returned shortly, other neighbours told him where his wife is - inside the room of the suspected side D**k neighbour, kasala come bust 😳😳🙆🏾‍♂️🙆🏾‍♂️."
Watch video below:
Top Stories