Abubakar Malami made this known in a statement which was reportedly issued in Abuja on Sunday. 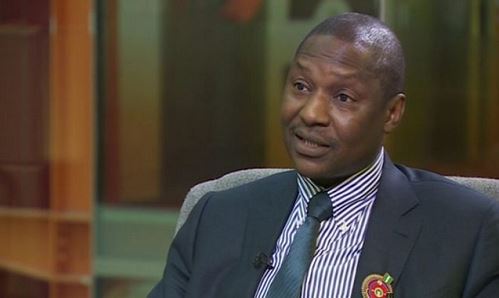 The Attorney-General of the Federation and Minister of Justice, Abubakar Malami, SAN, has said that he was not in any way connected with the dethronement of the former Emir of Kano, Muhammadu Sanusi II and his subsequent banishment to Nassarawa State.

Malami made this known in a statement issued in Abuja on Sunday by Dr Umar Gwandu, Special Assistant on Media and Public Relations Office of the Minister.

“The issue of who does what over the dethronement saga has been effectively submitted for judicial determination. The matter is consequently subjudice.

”And I will not comment one way or the other over a matter that is pending before the court”.

NAN reports that on March 12, the deposed Emir of Nano, on Thursday, dragged the Inspector-General (I-G) of Police, Mohammed Adamu; Director-General DSS, Yusuf Bichi, to the Federal High Court, Abuja, over his alleged detention.Also joined in a motion ex-parte with suit number: FHC/ABJ/CS/357/2020, filed by his team of lawyers led by Lateef Fagbemi, SAN, who is leading the legal team are the Attorney General of Kano State and  Malami as 3rd and 4th respondents respectively.