After being ordered to stop parading himself as the chairman of the APC, Adams Oshiomhole has been spotted at the appeal court to hear the court's ruling. 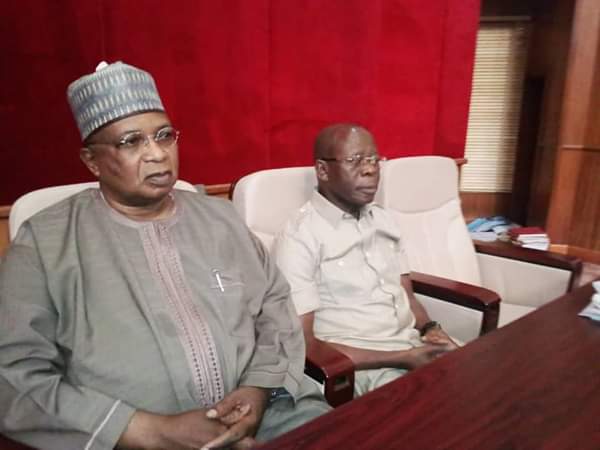 Oshiomhole inside court to hear his appeal
Suspended Chairman of the All Progressives Congress Comrade Adams Oshiomhole has been seen seated inside the court of appeal today.
Seated closed to him is the former minister and governorship aspirant Engr. Chris Ogiemwonyi and Pst. Osagie Ize Iyamu who is also a governorship aspirant of APC in the forthcoming Edo state Governorship election.
Adams Oshiomhole will know his fate today, March 16 whether he will remain the chairman of the party or vacate the seat.
This is as the Court of Appeal sitting in Abuja on Monday is set to hear the appeal filed by the suspended national chairman of the All Progressives Congress (APC), Comrade Adams Oshiomhole who is challenging his suspension by an Abuja High Court.
The Abuja High Court presided over by Justice Danlami Senchi had granted an order of interlocutory injunction stopping Comrade Oshiomhole from parading himself as the National Chairman of the APC pending the hearing and determination of the suit seeking to give effect to the suspension order slammed on him by his ward in Edo State. 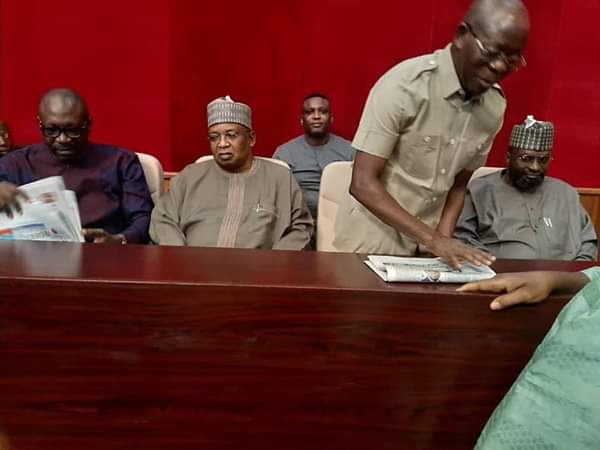