At least six Nigerian soldiers have been killed in an ambush by men of the Boko Haram terrorists. 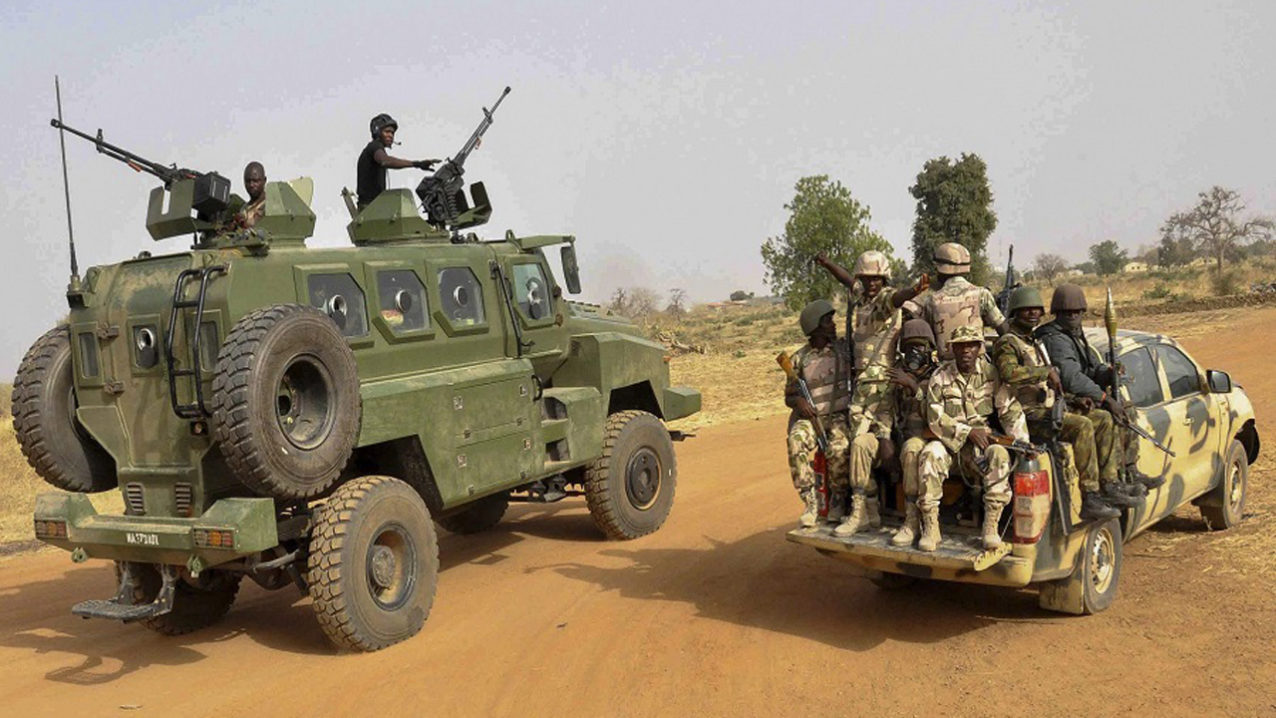 Nigerian soldiers (file photo)
Six soldiers have died after being ambushed by suspected Boko Haram insurgents around Banki Junction in Borno state.
According to TheCable, two sergeants, two lance corporals and two privates were killed in the attack.
The incident happened Sunday morning when about two companies of soldiers from the army’s 151 task force battalion in the area were on a ”rescue patrol”.
“There were about 70 soldiers who were sent on that mission,” a source said.
“We had information that some people were being held captives by the insurgents, and that was why the soldiers were mobilised to carry out a rescue patrol.
“The soldiers ran into ambush a few kilometres that they took off, and six of them were killed.
“We later sent in a reinforcement to clear the area and recover their bodies.”
Sagir Musa, army’s spokesperson, was not reachable to comment on the attack.
In the past months, soldiers have been targeted by the insurgents who lay ambush on their path.
Months ago, an army commander and 20 soldiers were ambushed on their way from Borogozo in Yobe state.
Top Stories