Nigeria's Supreme Court has revealed its decision on Zamfara APC's request for a review of its earlier judgment. 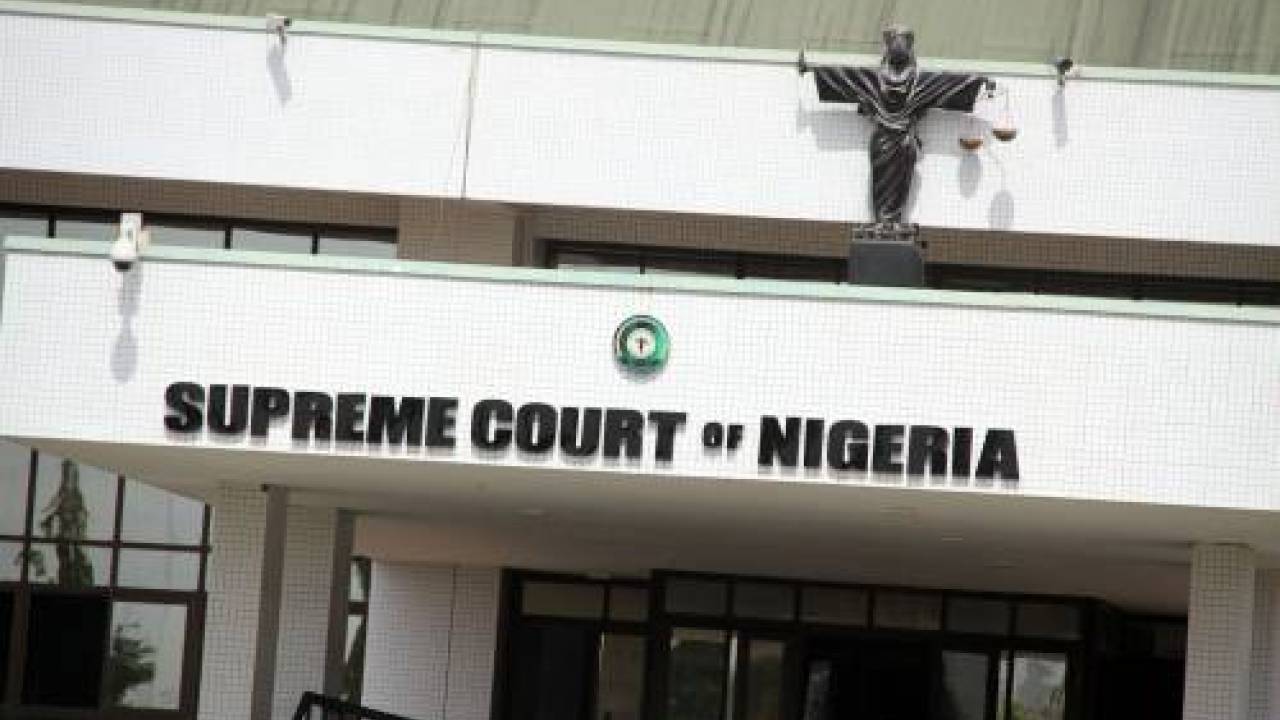 Supreme Court
The Supreme Court has adjourned till a yet to be announced date to deliver judgement on an application by the Abdulaziz Yari faction of the All Progressives Congress (APC) seeking for a review of its May 24, 2019 judgement in the intra-party dispute in the Zamfara APC.
The Supreme Court had, in the judgement, held among others, that the APC did not hold valid primaries preparatory to the 2019 general elections, voided its (the party’s) victory in the elections and made a consequential order, directing the party with the second highest scores in the election to claim the victory.
The Peoples Democratic Party (PDP) in Zamfara State benefited from the effect of the consequential order.
But, in an application argued on Tuesday by the lawyer to the Yari faction of the Zamfara APC, Robert Clarke (SAN) prayed the court to review the consequential order, on the grounds that it was wrongly made.
Clarke argued that the order the Supreme Court ought to make was that directing the APC and INEC to conduct fresh primaries and elections in Zamfara State, instead of voiding the party’s victory.
He argued that, by the consequential order, the Supreme Court made it possible for the PDP, which was not a party in the Zamfara APC’s intra-party dispute, to benefit from the outcome of the dispute.
In a counter-argument, lawyer to the Senator Kabir Marafa. faction of the APC in Zamfara, Mike Ozekhome (SAN) urged the court to dismiss the application with punitive cost.
Ozekhome argued that, not only is the application without merit, it constitutes an abuse of the process of the court.
He added that, with the recent two decisions of the Supreme Court, in the governorship disputes in Bayelsa and Imo states, the applicant ought not to have quietly withdrew the application.
Ozekhome prayed the court to dismiss the application with punitive cost.
After listening to the lawyers, the Chief Justice of Nigeria (CJN), Justice Ibrahim Muhammad, who led a five-man panel that heard the application, announced that the court’s decision is reserved until a date to be communicated to parties.
Top Stories