The insinuation that Sanusi dumped his royal crown to become politically active might be true following new campaign photos. 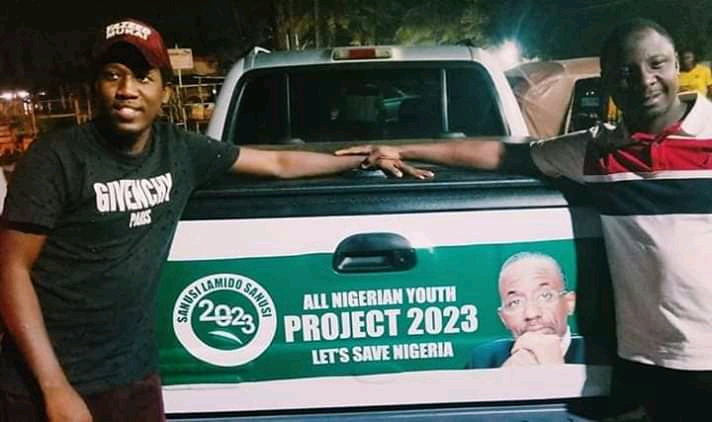 Sanusi for president campaign poster
Following his dethronement by Governor Abdullahi Ganduje of Kano state, campaign photos of Sanusi Lamido Sanusi for President come 2023 have been spotted on a vehicle.
It is believed the campaign is spearheaded by his supporters who want him to contest for the 2023 general election even though it is three years ahead.
Some Nigerians have frowned at it wondering how the monarch could have conceived the idea of leaving his position as a traditional ruler to takeover the baton from another northerner as Nigeria's President.
See more photos below: 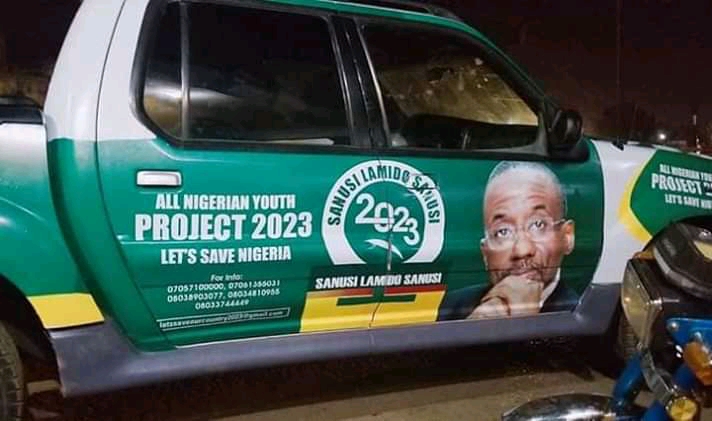 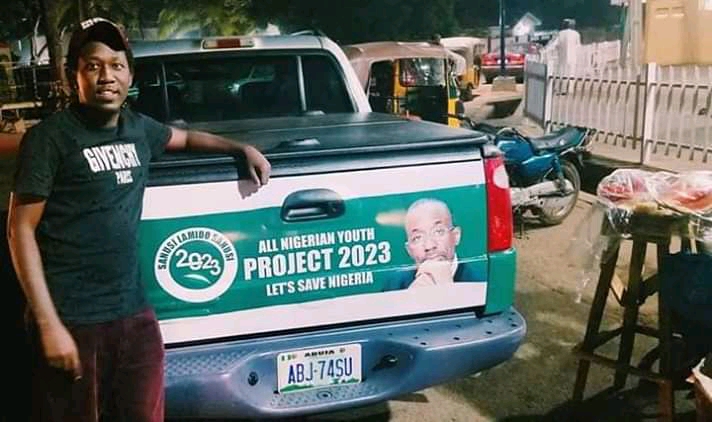