The teenager who threw her baby at a refuse dump site in calabar has been apprehended by the police. 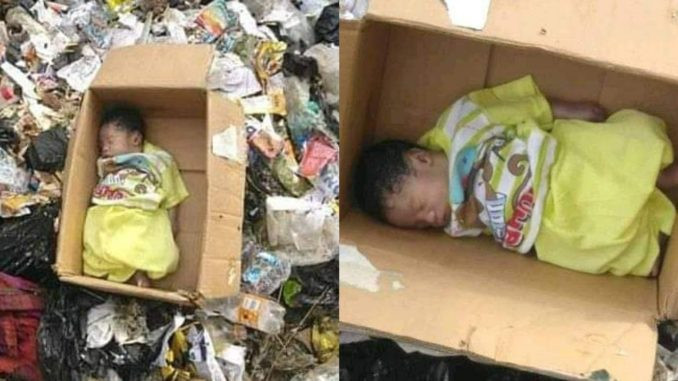 The Cross River State Command have arrested a teenage girl, who allegedly dumped her one-week-old baby at a refuse site in Calabar.

The girl, whose name is still unknown, dumped the baby inside the waste bin at Otu Ansa Street, beside the Nigerian Immigration Service in Atimbo area of Calabar.

The teenager was reportedly arrested on Wednesday morning, following a report allegedly made by her mother.

The spokesperson of the State Police Command, Irene Ugbo, confirmed the abandonment of the baby but refused to speak on the arrest. However, residents of the Nigeria Immigration Service headquarters, Calabar, who said they witnessed the arrest, confirmed the development.

One of the witnesses, Mrs Regina Akpan, told journalists that the suspect was seen at the waste bin at about 3am when she was thought to have abandoned the baby boy.

“It was the suspect’s mother that alerted the police about her whereabouts. The mother said she had attempted to commit such crime with her first baby but she did not because she (her mother) intervened then and cautioned her,” Akpan said.