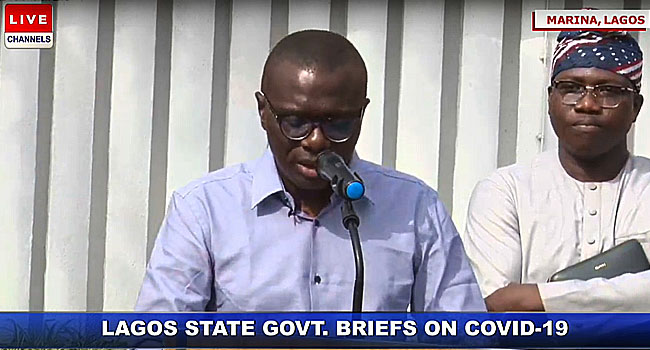 According to The PUNCH, the Lagos State Government has declared two weeks break for civil servants in the state, The PUNCH reports.

According to him, civil servants from levels one to 12 are mandated to remain in their houses for the next two weeks.

“We know the enormity of the task at hand and we are ready for it We are working with market leaders and even public transport unions to ensure social distancing.

“Self-Isolate for at least 14 days if you are just returning to Nigeria. That would be the right thing to do.

“We must always rise to our challenges. We will win with the cooperation of Lagos residents. We have done this before, we will do it again.”

He, however, exempted “those providing essential services”.

The governor also said more isolation centres have been created in the state.