A man who disguised as an aide to Presidential aspirant, Atiku Abubakar with the intent to defraud has been arrested by the EFCC. 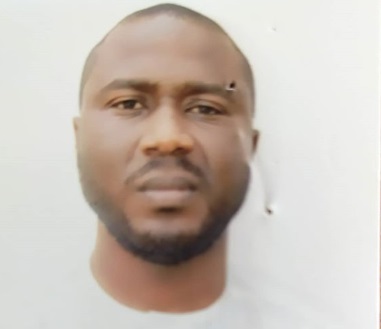 A man who pretended to be Atiku Abubakar's aide and scammed a company during the last election campaign by claiming Atiku requested for cars and clothes for his campaign, has been arraigned by the EFCC.

Kotoko's journey to the dock began when the Kaduna office of the Commission received a petition from one Abdullahi Mohammed Wuroji, Managing Director, Waram Nigeria Limited, a Limited Liability Company in Kaduna.

The complainant alleged that in 2018, the defendant met him and introduced himself as an aide to Alhaji Atiku Abubakar (a former Nigerian Vice President) and lured him to give him 13 brand new cars, shoes and clothes worth N65,680,000 (Sixty-five Million, Six Hundred and Eighty Thousand Naira) and N34,800,000 (Thirty-four Million, Eight Hundred Thousand Naira) under the pretence that Alhaji Atiku Abubakar requested for the cars and money to carry out his 2019 Presidential election.

The complainant further alleged that upon believing the defendant, he decided to release the 13 brand new cars and goods all worth N100,480,000. However, the defendant bolted away and failed to pay.

According to a statement released by EFCC, it was later revealed that Atiku never requested for any cars or goods from Kotoko.

Count one reads: "That you, Alhaji Modu Kotoko, Managing Director of Absanajq Nigeria Limited, sometime in 2018, in Kaduna within the judicial Division of this Honourable Court with intent to defraud, obtained property to wit: 13 brand of cars, shoes and clothes worth the total sum of N65,680,000.00 (Sixty-five million, six hundred and eighty thousand naira) only from Abdullahi Mohammed Wuroji under false pretence that Alhaji Atiku Abubakar, GCON requested same to finance his 2019 Presidential General Election, a pretence you knew to be false and you thereby committed an offence contrary to Section 1(1)(a) of the Advance Fee Fraud and Other Fraud Related Offence Act, 2006 and punishable under Section 1(3) of the same Act."

He pleaded "not guilty" to the charge.

Counsel for the EFCC, Y.J. Matiyak, thereafter, asked the court to fix a date for commencement of trial, and prayed that the defendant be remanded in the custody of Nigeria Correctional Service.

Counsel for the defendant, Sule Shuaibu, however, pleaded with the court to grant his client bail to enable him prepare for his trial. But Matiyak opposed the bail application basing his argument on the magnitude of the offence.

Justice Tukur has adjourned until Wednesday, March 25, 2020, for a ruling on the bail application.