A lady took to Twitter to accuse her childhood friend of sexually assaulting her while showing the bruises she sustained. 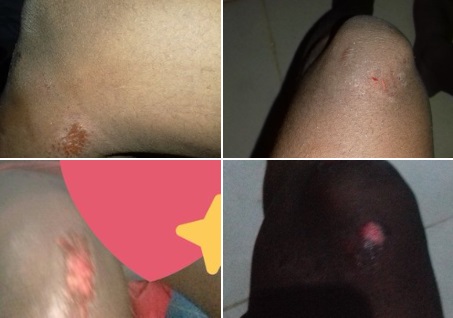 A Twitter user has claimed that she was raped by a childhood friend she trusted.

She shared photos of the bruises on her legs and shoulders and said she sustained them while struggling before he raped her.

She added that the next time a rape victim stabs her abuser, the victim shouldn't be blamed because she was also on the verge of stabbing her friend who she claims raped her.

She wrote: "So I was raped today by my childhood friend whom I trusted and never thought he will have ill thoughts towards me..I just need y'all prayers at this moment...below are pictures of how I struggled before he did I was wounded...next time you hear a rape victim stabbed the rapist...

"...Please don't judge them ...I had that chance I almost did it but I couldn't..shout out to all the real men out there who still believe in getting a woman's consent before sex.." 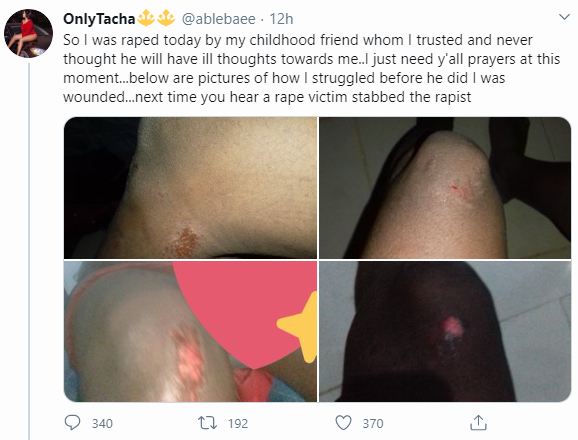