Following reports of alleged use of chloroquine to treat coronavirus, the NCDC has broken its silence. 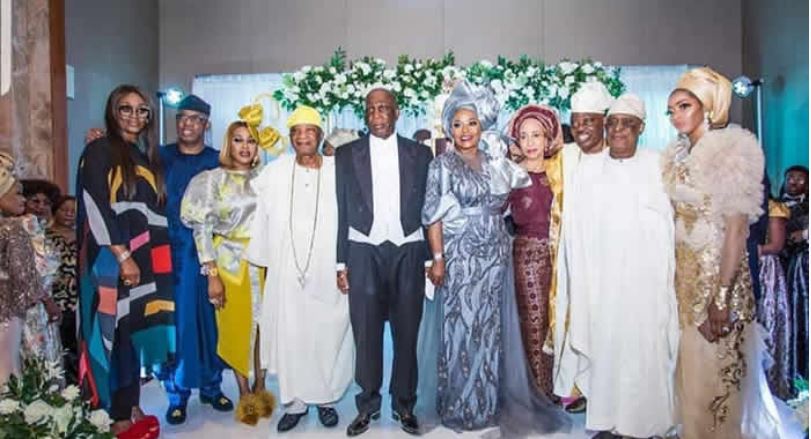 Those who attended 80th birthday party of the Nigerian High Commissioner in the United Kingdom, Justice George Oguntade
As the number of people suffering from COVID-19 in the country climbed to 51  on Wednesday from 18 on Thursday last week, many of the Nigerian elite class have all gone into isolaton.
They include: Ekiti State Governor, Kayode Fayemi; his Edo State counterpart, Godwin Obaseki; an industrialist and founder, Eleganza Group of companies, Chief Razaq Okoya; as well as a former Governor of Ogun State, Chief Olusegun Osoba.
The Director General of the Nigeria Governors’ Forum, Mr Asishana Okauru, has also gone into isolation.
Also, Osoba, Okoya, the Ogun State Governor, Dapo Abiodun and his wife,  Bamidele; a veteran musician, Ebenezer Obey-Fabiyi; a popular businesswoman, Bola Shagaya and other prominent Nigerians attended the 80th birthday of the Nigerian High Commissioner in the United Kingdom, Justice George Oguntade, on March 10, 2020 have all gone into isolation.
Osoba, in an interview with Punch, said it was true that two people, who attended the party, had died, but stated that unnecessary alarm was being raised.
Chief Demola Seriki, a son-in-law to the  founder of  Eleganza Group of companies, Chief Razaq Okoya,  confirmed on Wednesday the industrialist had gone into self-isolation. Seriki   however, said Okoya  tested negative for  COVID-19.
Seriki, who is a former Minister of State for Defence, said indeed Okoya attended the 80th birthday party of the Nigerian High Commissioner to the United Kingdom, Justice George Oguntade, on March 10, 2020.
However, speaking to The PUNCH  Seriki said, “It is true that Chief Okoya and many others attended the birthday anniversary of Justice Oguntade in London two weeks ago.
“Since the news emerged that two people who attended the party died of coronavirus, Chief Okoya has done a test and he was negative. He is, however, in self-isolation.”
Also  Osoba said he arrived in Nigeria on Thursday  last week and went  into self-isolation as prescribed by the Lagos State Government.
Osoba,  who said there was no cause for alarm, stated  that at 81 if the virus was in his body it would have manifested because the party took place 15 days ago.
Responding to a question, he said, “Yes, I was at the party and it is true that two people had died but a lot of unnecessary alarm is being raised, although, I sympathise with the families of those who died.
“It does not follow that they contracted the virus at the party, they probably might have been carrying it in their bodies and manifested soon after the party.
“But I was there and the party took place 15 days ago and if there is any virus in my body it should have manifested by now. I came back last Thursday almost a week today and as I landed I granted an interview to TVC at the airport, considering the action that the Lagos State Government has been taken, I announced that I will be going into self- isolation immediately.
“I have been in self-isolation since I returned from the UK and I have had no symptom, no cough, no fever nor itches in my throat and I have been keeping to the rules as given by the government of Lagos State that all of us who arrived from abroad should isolate ourselves for 14 days.
Top Stories

Tenant Catches Landlord In Bed With His Wife, Kills Him Instantly In Osun
Popular Stories