Members of the House of Representatives are in a happy mood as they get set to share exotic cars among themselves. 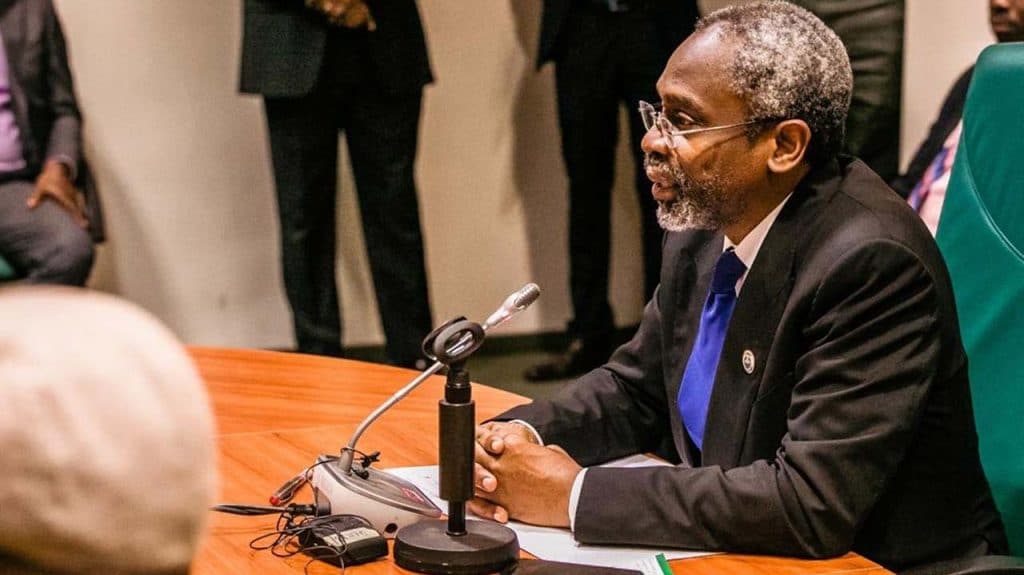 Femi Gbajabiamila
In spite of public outcry generated by its decision to buy exotic cars running into billions of naira, the House of Representatives has started taking delivery of the Toyota Camry 2020 model cars acquired for members as official cars, otherwise called utility vehicles.
According to Punch, the cars were sighted at different parking lots within the National Assembly Complex, on Thursday.
The legislators had at an executive (closed-door) session on February 5, 2020, resolved to purchase 400 units of the exotic car.
The House has, however, kept sealed lips on the cost of each unit as the contract for the supply it was learnt was not awarded to accredited Toyota dealers.
Punch gathered that the House procured the V6 Limited Edition variant of the car.
Chairman of the Committee on House Services, Mr. Wale Raji, who confirmed delivery of the cars declined to respond to further enquiries.
The cars, which belong to the National Assembly, are usually auctioned to the lawmakers after four years.
A check on the website of Toyota revealed that each of the vehicles – depending on the variant, has a price tag of between US$25,000 to US $35,000, excluding the cost of shipping and custom duties, which is about 100 per cent of the actual cost of each unit.
For instance, those with higher specification, which most often than not is the preferred choice of lawmakers, could cost tax payers a tidy sum. Vehicles in this range are: XLE at $29,455, XLE V6 at $34,580, XSE at $30,005 and XSE V6 at $35,130.
Already, about 14 Toyota Land Cruiser Prado sports utility vehicles have already been handed out to presiding as well as other principal officers and chairmen of select House committees.
Some lawmakers who were contacted on Thursday said they had yet to receive vehicles delivered in “the first batch.”
Giving a breakdown of how the vehicles are shared, a member of the House, who spoke on the condition of anonymity for fear of retribution, said, the 400 saloon cars would be allocated to each of the 360 members and some top management staff, Chiefs of Staff to the (two) presiding officers as well as some of their special advisers and assistants.
The lawmaker explained that new members who did not get committee appointments would benefit from the first batch.
The source said, “I was told 100 have already arrived and they are sharing them to new members who are not chairmen and deputy chairmen (of committees). The next batch will be for returning (ranking) members who are neither chairmen nor deputy chairmen. The last batch will go to ranking member with appointments.”
The Committee on House Services and the National Assembly Management, led by the Clerk to the National Assembly, Mohammed Sani-Omolori, had constituted a joint committee to oversee the acquisition, verification and distribution to the lawmakers.
The Committee on House Services, which also exists in the Senate, serves as the protocol and welfare department.
The joint committee was set up as some members had alleged that the National Assembly had become a “dumping ground” for smuggled and refurbished automobiles.
Top Stories