An aide to Governor Seyi Makinde has been sacked for posting fake news on social media. 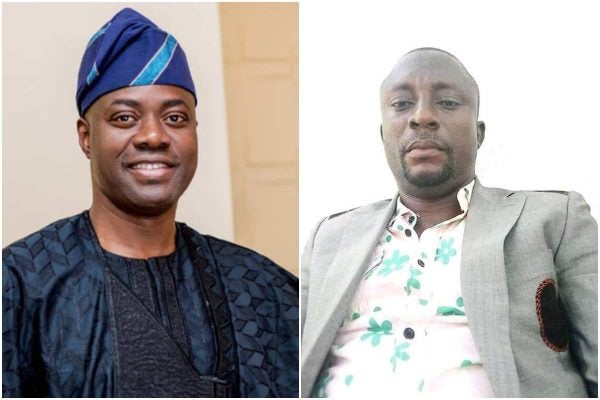 Seyi Makinde has sacked an aide for posting fake news
Seyi Makinde, Governor of Oyo State has sacked his SA Digital Media, Muritala Olajide Adigun, also known as Adigun Ibadan.
The media aide was sacked on Friday, March 27 after receiving his letter from the Secretary to the State government, Olubamiwo Adeosun.
The government said it appreciated Adigun’s commitment within the short time.
Adigun was sacked over allegations of posting fake news.
It was gathered that the former media aide had shared a picture of fumigation machine belonging to the Lagos State government claiming it’s for Oyo State.
He, however, apologized for its usage claiming hackers tampered with his Facebook account to post it.
Reacting to his sack, Adigun shared his termination letter and wrote:
“You called for it and you’ve gotten it…… Thanks to everybody that contributed to my downfall.’

You called for it and you've gotten it...... Thanks to everybody that contributed to my downfall. pic.twitter.com/URwOMargG5