Officials of the Lagos state government have sealed a mosque in Agege area of the state where taskforce personnel enforcing lockdown order were attacked. 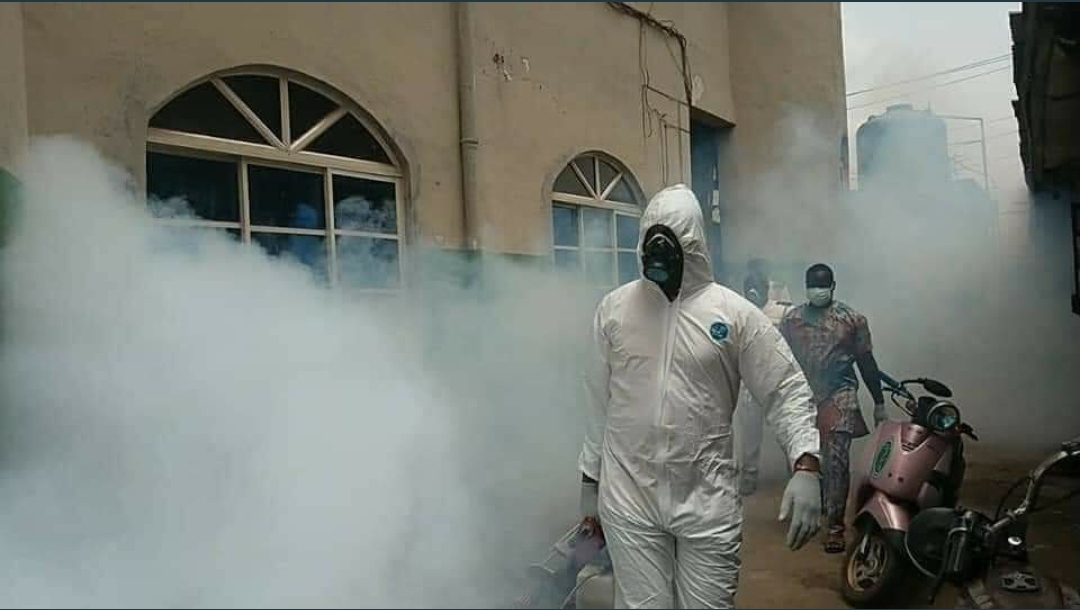 The mosque sealed by Lagos state government officials
The Agege Central mosque was yesterday sealed and fumigated by Lagos State Government officials after its members attacked taskforce team members during a sensitisation exercise on social distancing to curb the spread of coronavirus.
The attack it was gathered specifically took place at the Agege Central mosque after worshippers refused to heed to the government's stay-at-home-order.
Jubril Gawat, digital media aide to Lagos State governor Babajide Sanwo-Olu disclosed the confrontation experienced by government officials.
“A Mosque in Agege with their Imam attacked Lagos State officials trying to sensitize them on “Social Distancing” without force,” Gawat tweeted.
“Even bigger mosques in the area have shut down.”
The sensitisation exercise was one of the measures announced by Sanwo-Olu that Lagos State, the hardest-hit by coronavirus, is employing to tackle the global pandemic.

The government since shutting down schools and all social and religious gatherings began disinfection of bus stops and other places of mass gatherings.
After the previous confrontation, Gawat said officials of the Agege Local Government Area have sealed up the central mosque for violating government order on gatherings.
Gawat said the officials used the opportunity to disinfect the mosque and the area. 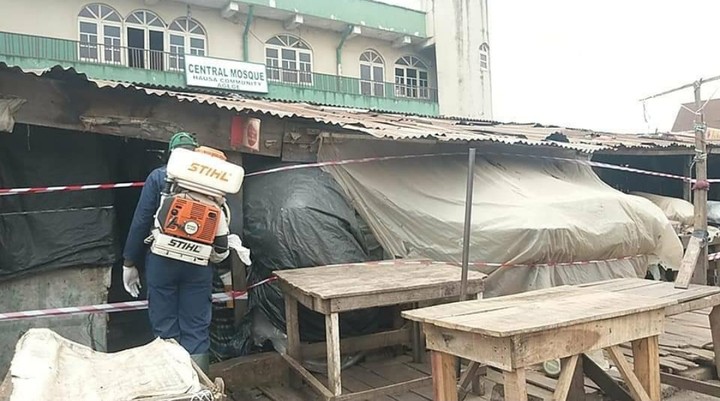 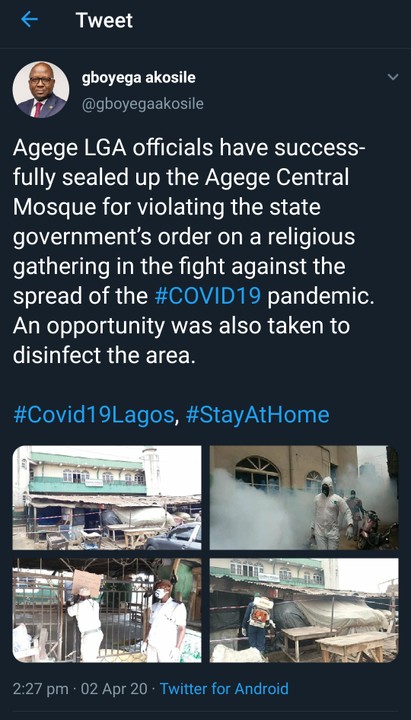