Ibrahim Shekau has begged Chadian soldiers after they inflicted a heavy blow on its fighters some days ago. 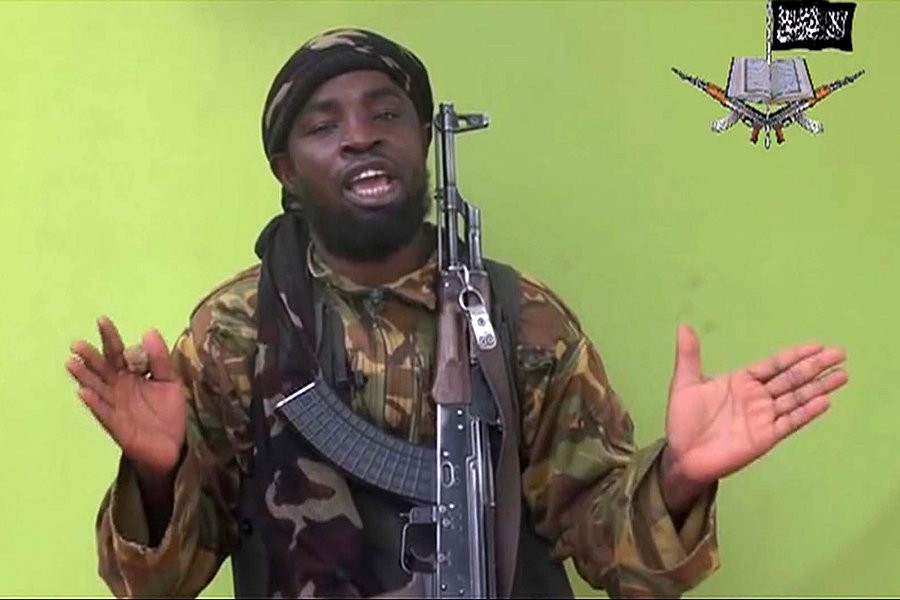 Boko Haram leader, Ibrahim Shekau
The leader of Boko Haram sect, Ibrahim Shekau has cried out after his fighters suffered heavy defeat in the hands of Chadian soldiers during an ambush.
Shekau begged the Chadian troops to leave his fighters alone, stressing that God will help the insurgents in their fight.
Recall that the Chadian President, Iddris Deby had led troops from his country in a fight against Boko Haram insurgents.
Deby and his troops had last week Saturday captured Boko Haram’s arms store in Sambisa.
The Chadian President was said to have led the offensive against the insurgents in retaliation over an ambush which killed over 90 soldiers.
However, the Boko Haram leader in a viral audio, urged his fighters not to run despite suffering heavy casualties.
Shekau lamented that the attack was not approved by the Qur’an.
He said: “People of Chad, leave us alone, this operation is not approved by the Qur’an. It is not the will of the Prophet Muhammed but if you want to continue, God will help us too because he is bigger than you.
“To my fighters, take heart. It is I, Abubakar Shekau, your leader.”
Top Stories