What I Did After Testing Positive For Coronavirus - UCH CMD Reveals


Following his recovery, the Chief Medical Director of the University College Hospital, Ibadan, has talked about his battle with COVID-19. 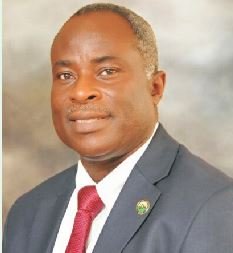 The Chief Medical Director (CMD) of the University College Hospital, Ibadan, Prof. Jesse Otegbayo is one of the victims of COVID-19 in Nigeria. He just tested negative for the second time on Wednesday after several days in self-isolation. In this interview with Southwest Bureau Chief, Bisi Oladele, Otegbayo shares his experience as a coronavirus patient and the psychological toll it took on his family and friends.


How many days were you in self isolation?

Before the result where I tested negative came, I was in self-isolation for eight days.

I assume that during your self-isolation, no-one, not even your family members interacted with you physically?

Not at all. We were speaking on phone.

What psychological impact did that have on you and members of your family?

My family members and friends were calling me from all over the world. Some insisted on having video calls with me to confirm that I was okay. From the way I was talking, they saw that I was not down. I was in high spirit. That encouraged them. Personally, the psychological effect was felt in one, being alone. Two, being inactive was a kind of boredom for me; so, the restriction made me feel like a prisoner. It was not funny at all. This is a virus we do not know everything about its biology. The commonest news was of people who had the virus and died. But I believe in the word of God. I had to keep my spirit very high in line with what the Bible prescribes. I refused to entertain fear.

I took necessary medications but I did not think at any time that the virus would kill me. I did not manifest any symptom whatsoever before, during and after. In fact, there was no difference in my health status. Fortunately, I was told that my viral load, which is the index of severity of the disease, was very low. My CT, which is an index of immunity, was also on the high side. So they told me that the two factors may have been responsible for why I did not have symptoms. That kept me going while in isolation. I’m still in isolation because the NCDC guidelines prescribe that I test negative two times. My second test was not done until yesterday, and I’m expecting the result later today. The guideline also says I must stay at home for another seven days from the day the second sample is collected. But now that I have tested negative and my family members are negative, I can relate with my family members. But I will not go to work until after the seven days.

Why then are people returning to work immediately after testing negative for the second time? What are infected people eating to make them test negative within one week?

Result coming back negative within days is largely a function of the status of immunity and viral load. Some immunity status may be weak or strong depending on individuals. For instance, if somebody is having a common cold and he is sneezing, some people will interact with them and nothing will happen. Whereas some people will pass by them and start sneezing within hours. Two, those who have underlying disease are likely to have symptoms and high level of viruses or low immunity. If someone has cancer, heart disease, diabetes etc, they will most likely have weak immunity.

For those who are returning to work after testing negative, their action is not in tandem with the NCDC guidelines. After the second test, you are supposed to stay at home for seven days.

Are there specific foods you ate during the infection that helped defeat the virus and which you can recommend to other infected persons?

As a doctor and a scientist, we believe in proving the efficacy of a medicine before we recommend or make announcement that this drug works for this particular ailment. For instance, during my isolation, I ate amala, gbegiri and ewedu regularly. Can I now recommend amala and ewedu for Coronavirus?

How were you served food during your isolation?

Family members serve me but there is a stool at the entrance of my door. They just place the food on the stool. I will open the door, take it in. They won’t touch my door or anything. I will just take the food in, eat and keep the plates there.

In terms of what I took that I will recommend, there is a control study whereby you place some people on a particular treatment for the same illness and you don’t place the other group on the same treatment. You keep the two of them in the two houses at the same time. At the end of the day, you look at whether the people you placed on that medicine are better than the other group who were not placed on it. Then you can come out to objectively say that this drug is good for this ailment.

During my isolation, I did not do that. People recommended all sorts of things including video of a doctor that was treated in Italy. They asked me to take dogonyaro, bitter cola etc. Personally, I don’t like bitter things. So, I took Vitamin C a lot. I had been taking the 1,000 mg Vitamin C tablet for almost one month before my COVID-19 test. I took Chloroquine based on recommendation by my physician. I have studies that have shown the efficacy of Chloroquine. I also read more because the self-isolation gave me more time to read. I read a lot on www.uptodate.com, a website for physicians, where one gets up-to-date information and research findings on drugs and medical developments. I am also eating a lot of fruits to supplement the processed Vitamin C. I ate banana, pawpaw and tried lemon juice. All that does not mean they will have direct effect on the virus per say but they contain Vitamin C, which is an anti-oxidant and tackles free radicals that are known to cause diseases.

However, I cannot recommend anything because I believe I came out of it one, by the grace of God; two, by virtue of the fact that my immunity was strong, and because I do not have underlying disease. Four, my viral load was low. Therefore, I will not say that what I took will work for another person. Until research is done and these are proven, we cannot recommend.

What advice do you have for relatives of infected persons?

The World Health Organisation (WHO) defines health as the state of physical, mental, social and spiritual well-being; not just the absence of disease or infirmity. There is the physical and spiritual aspects to health. One, let them believe in their spirit that whatever they have, God can help them through. Besides, there are testimonies of people who have recovered. The way it is ravaging the population makes people see the virus as a death sentence. In fact, people who are my relations and friends exhibited more fear than me the infected. Very sincerely, I did not have any fear because all those aspects I have listed helped. And I believe it was not my time to die; my spirit was high. I was also very sensitive to my body – checking my temperature by myself. It was normal all through. In fact, at that point in time, if my skin itches somewhere I would think it could be a sign of Coronavirus (laughs). So, I listened to my body, I assessed myself. So, people should be sensitive to their bodies so that if there is any change they can contact a health worker.

Two, they should take the recommended medications that are known to some extent to work for now, such as taking a lot of fluids, Vitamin C and anything that can boost their immune system. At the end of the day, drugs don’t usually kill some viruses. Drugs only boost the immunity to help the body itself fight them because most of the drugs that can kill viruses also kill human beings. For instance, we really don’t have drugs that kill the HIV. There are drugs that will suppress and boost the body to gain upper arm and deal with the viruses. They need a lot of sleep, rest and exercise. They should not entertain fear. When one is down emotionally, all sorts start coming. They should keep themselves happy with whatever they enjoy doing. Finally, they should ensure that measures are taken not to transmit it to others.  When they bring my food, they wear hand gloves and mask, despite the fact that they don’t touch anything that I use in my room. They also use sanitiser.