Controversial prophet who said the world would end while he would resurrect like Jesus Christ on April 4th has said he begged God to change his mind hence the reason nothing happened. 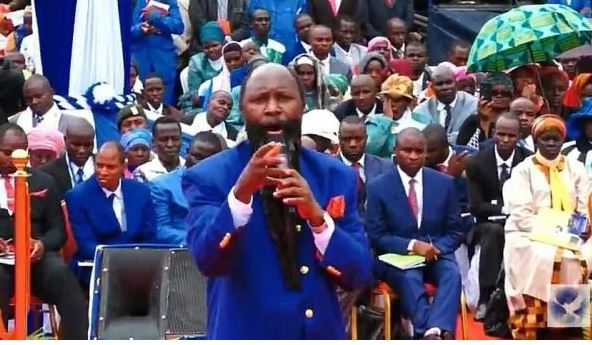 The self -proclaimed pastor from Kenya prophet Owuor has allegedly said he begged God to postpone the end of the world, which he had predicted to end on April 12th.

Recall that the prophet had last week made a public prophecy that the world was Going to end on the 12 of April by midnight. And since the prophecy, people in his native country Kenya and the rest of the world had been on the alert for the rapture.

The Kenyan prophet also shared with his congregation his claims that he would be assassinated in the City of Jerusalem but would be taken up to heaven by God. In his claims, the prophet said after his assassination, his body would be abandoned and denied burial.

Owuor, popularly referred to as the “Mightiest Prophet of the Lord” by his congregants said he would exit the scene just like Jesus Christ did but that his will be after he completes his witnessing assignment on earth.

It however came as a shock to many that nothing happened at the exact time the cleric predicted and many began to call him fake.

Owuor was however alleged to have stated before the due time that he had begged God for forgiveness on behalf of sinners in the world and then asked Him to postpone the coming of the Christ.