Based on their antecedents as some of Buhari's closest associates, these are the probable candidates for Kyari's replacement. 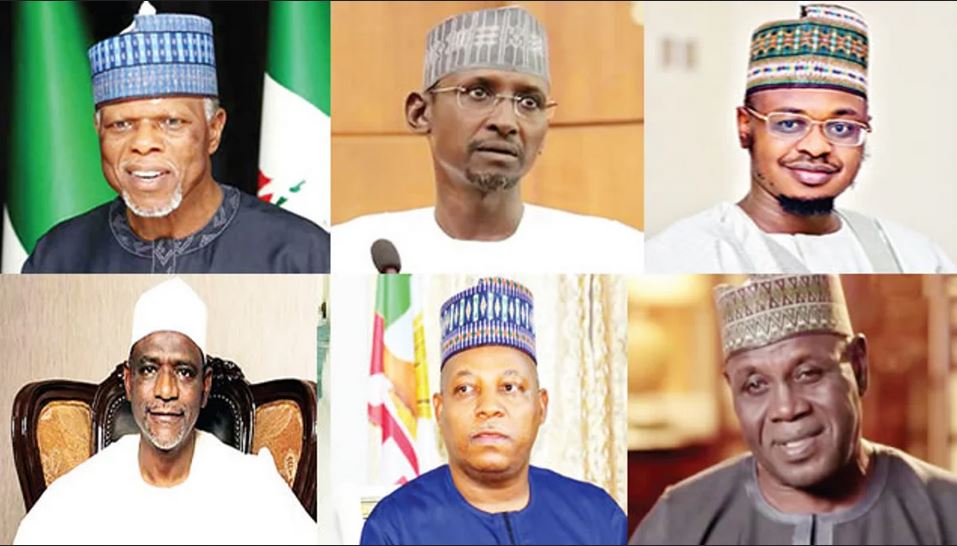 The death of Abba Kyari, the Chief of Staff to President Muhammadu Buhari weeks after the senior presidential aide’s infection with coronavirus, has undoubtedly created a void in the upper echelons of the current regime.

Based on their antecedents as some of Buhari’s closest associates, the following are the probable candidates for Kyari’s replacement.  According to government officials, any of these associates could land the top job.

The Minister of the Federal Capital Territory, Alhaji Muhammad Bello, who hails from Adamawa State, was born on January 8, 1959.

An alumnus of the prestigious Barewa College, Zaria, the minister is a graduate of Ahmadu Bello University, Zaria, where he obtained a BSc. in Management with bias for Banking and Finance in 1980, as well as MBA in the same field.

Bello was in charge of credit and marketing at the ICON Merchant Bank Plc and later a director at Habib Bank Plc and several other firms.

The Minister of Education, Adamu Adamu is an accountant, writer, former journalist and public analyst.

Adamu Adamu was appointed as Minister of Education by President Muhammadu Buhari in 2015. He studied Accountancy at the Ahmadu Bello University.

Upon receiving his university degree, Adamu was hired as an accountant at CCP, and then continued to work at the CNL in Bauchi State, before joining the local government in the same position.

Adamu began a career as a writer and a public analyst, later emerging a newspaper editor in 1984 and becoming a columnist for Daily Trust. His articles were also syndicated in several news outlets, including the London-based Crescent International.

The Minister of Communications and Digital Economy, Dr Isa Ali Pantami, hails from Pantami District of Gombe State. Pantami lectured at the Abubakar Tafawa Balewa University in Information Technology before joining the Islamic University of Madinah as Head of Technical Writing in 2014.

In 2016, he was appointed as the Director General/CEO of the National Information Technology Development Agency.

The Comptroller General of the Nigerian Customs Service, Col. Hameed Ali, was born in Dass, Bauchi State on January 15, 1955.

Ali was commissioned in 1977 after he received his training at the Nigerian Defence Academy in Kaduna. He attended Sam Houston State University, Texas from 1984 to 1988 and holds bachelor’s and master’s degrees in Criminology, and an educational certificate from the Nigeria Defence Academy.

Ali is an All Progressives Congress member. He supported Buhari’s presidential bids from 2003 to 2019. On 27 August, 2015, Buhari appointed him the CG of Customs.

In 2011, he was elected governor of Borno State on the platform of the now defunct All Nigeria Peoples Party. In February 2019, he was elected the senator for Borno Central.

Ambassador Babagana Kingibe was born on June 25, 1945 in Borno. In 1960, he got a government scholarship to complete his Ordinary Levels and Advanced Levels at Bishop’s Stortford College, United Kingdom. In 1965, he received his bachelor’s degree in international relations from the University of Sussex.

In 1965, he returned to Nigeria and was employed as a researcher at Ahmadu Bello University in Zaria.

He was appointed the Ambassador to Greece, Cyprus and later Pakistan between 1981 and 1985. In 1986, Kingibe became a permanent secretary in the presidency of General Ibrahim Babangida.

In June 2007, he was appointed Secretary to the Government of the Federation.