A Nigerian man's life has been cut short by his wife in faraway Brazil during an altercation. 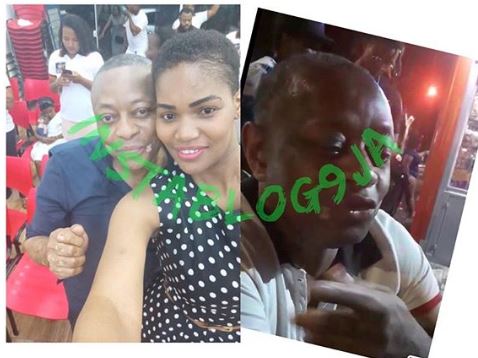 Emeka was killed by his wife in Brazil
A Nigerian man has died a painful death after he was allegedly killed by his wife in Brazil.
The man identified as Emeka Okoye, from Nnewi, Anambra State, was yesterday, allegedly stabbed to death by his South African wife in Brazil.
A source in the know shared details of the encounter between the man and his wife and said: “Emeka was previously married to someone here in Nigeria but later chased her away with their 4 children.
He subsequently proceeded to Brazil where he got married again to a South African lady called Elizabeth and he adopted her child.
Yesterday, he got into an argument with her and hit her, then she took a knife and allegedly stabbed him several times. He was rushed to the hospital but didn’t survive.”
The suspect has since been arrested. However, in a video she made, speaking Igbo and Portuguese, Elizabeth claims Emeka stab himself multiple times.