Nigerians took to Twitter to call Toke Makinwa out and also accuse her of staging nude photo blackmail to trend. 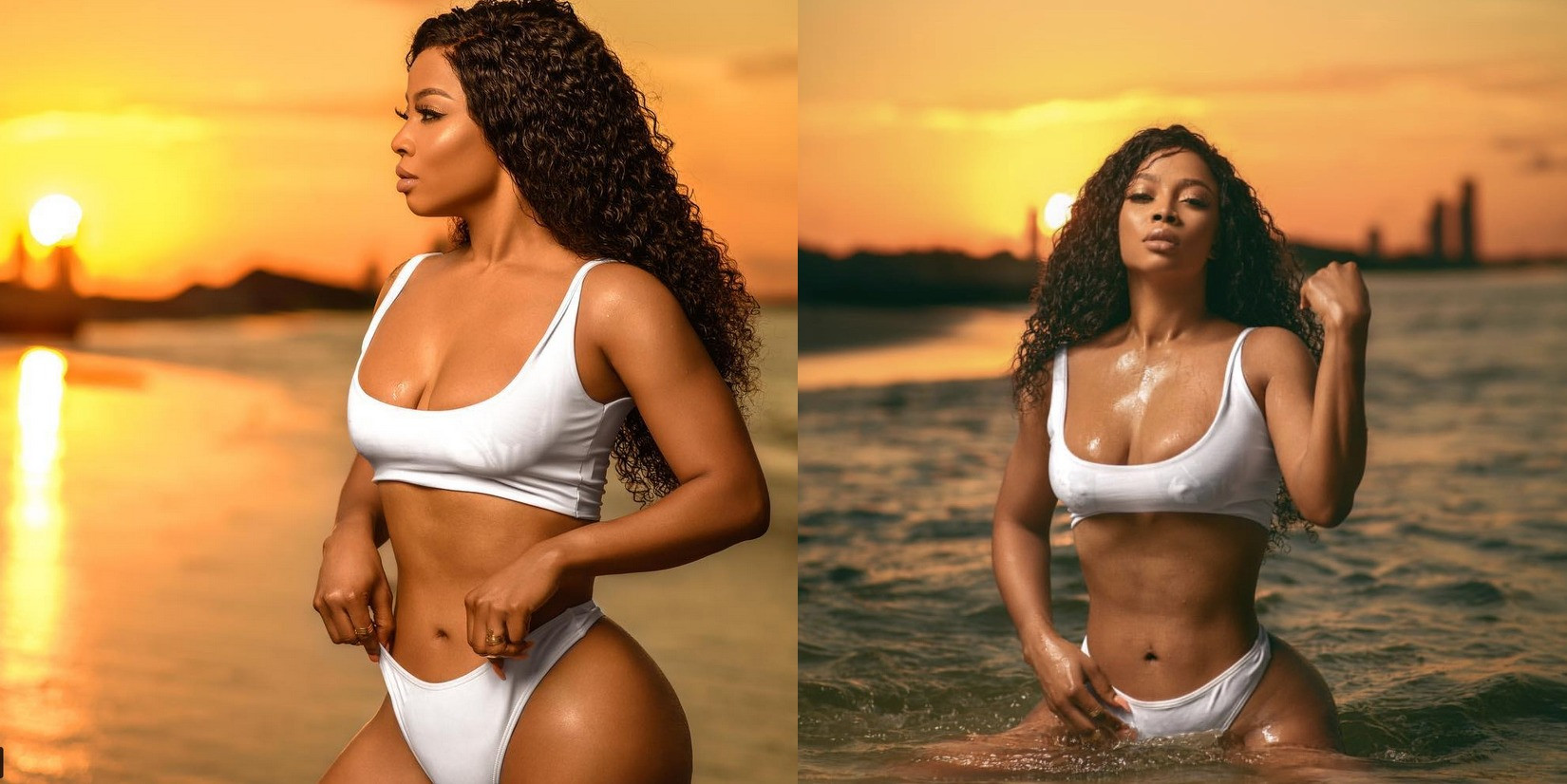 Earlier today, Toke Makinwa exposed a fraudster who tried to blackmail her with her ‘nudes’, though Nigerians on social media believe it was all staged.

The on-air personality claimed in her post that the fraudster mailed her with the alleged nude photo, though it turned out the photo was photoshopped.

Sharing the photos she wrote;

“Is this really how low we’ve become? I understand that things are hard, I get that feeding off each other and scamming people will be on the rise but I’ve never and would never negotiate with con artists/scammers.

I am sharing this ahead of your threats to release these edited/false images cos this is disappointing, this is not humanity, there is a pandemic killing people and there’s also certain human beings wanting to exploit people in a time when we should all spread love and kindness.

Stop with your bloody emails already I am not the one, not yesterday, not today, not ever. I don’t have any money to give you.”

Reacting to the claims, some Nigerians on social media claimed that Toke Makinwa staged it all for clout. See what they wrote below;

Toke “smollet” Makinwa missed the clout and staged it.

I’m sure Toke Makinwa stages that blackmail cause the nudes are photoshopped. Is she saying she doesn’t know her own body?

Toke Makinwa entered her own DM, sent herself message, tried to blackmail/threaten herself and then came to her timeline to post it because she knows Twitter people will take it from there 🤣🤣

You see this clout chasing ehn..... Some people are professor of it pic.twitter.com/lZhOng7dYg

Check Out These Adorable Photos Of Mercy Johnson-Okojie's Baby, Divine-Mercy