Has Nigerian Actress, Ronke Gold Ever Been Sexually Harassed? This Is What She Has To Say


Nigerian actress, Ronke Gold has answered the question on whether or not she has ever been sexually harrassed. 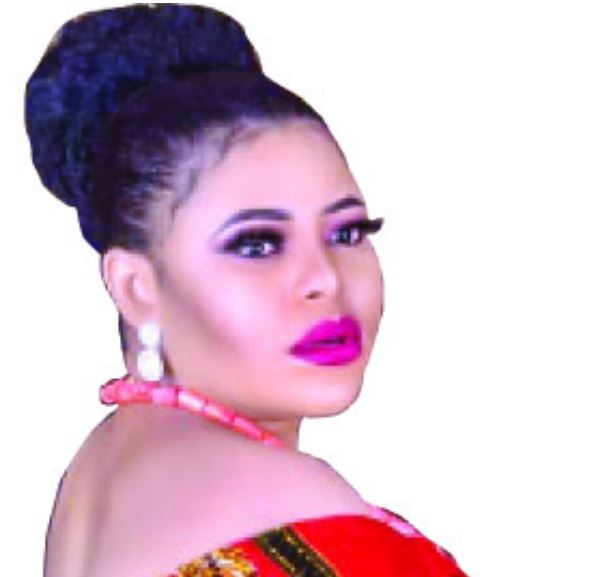 Fondly called Ronke Gold by her fans and colleagues, Lucia Aderonke Adedeji has carved a place for herself in the Yoruba sector of the movie industry.

Aside featuring in over 30 movies since her debut in 2013, the actress has also produced two films of her own. In this chat, she talks about her journey into the industry among other issues.

When and how did you come into the movie industry?

I have always loved acting from childhood, but I came into the movie industry fully in 2013 when I met actress Wunmi Ajiboye at a programme.

How did your parents react to your decision to become an actress?

Initially, they had their reservations, but they later gave their consent after several interventions especially from my aunt, who truly believed in me.

How many movies have featured you till date?

I can’t really recall because they are many, but I can remember some of them like Jibola Naija, Oro, Iranse Meta, Eda, Adajo Sope, Abara Meji, and Fisayo Alagbaraetc.

Tell us about your growing up.

I was born in Osun State, but I relocated to Lagos at an early age. I had my primary school education in Lagos but later went back to Osun State for my secondary education. I had my tertiary education at Moshood Abiola Polytechnic, Abeokuta, Ogun State. I was raised in a God-fearing home, with emphasis on hard work and honesty.

What was the greatest challenge you encountered at the initial stage of your career?

That would be balancing my education alongside my acting career. Also, the fact that I had to get my parents’ consent was like a little push back for me then. But, here I am today to the glory of God.

Who is your role model in the movie industry?

It’s Wunmi Ajiboye definitely. She was my boss and she greatly influenced me. Though, I have also learnt from so many top actors, Wunmi Ajiboye has so much influence on me than any other person in the industry.

Have you ever been sexually harassed?

No, I have never had the misfortune of being sexually harassed. But I do hear about it from other colleagues.

What can stop you from acting?

I pray that there won’t ever be anything that will stop me from my passion. I so much love acting. I can’t stop acting for anything except God instructs me to do so.

Can marriage stop you from acting?

I have been married with a son for a while now, and I have been coping well, to the glory of God.

Aside moving making, what else do you do for a living?

I have a fabrics store and I recently started learning fashion designing too.

What was your most challenging role so far?

I don’t think I have had a challenging role. Maybe, when I was pregnant and I had a movie scene where I had to scream, that really hurts.

What is your fashion routine?

I am not really into that but sometimes I do light makeup when I am going out. When I am indoors, I tend to remain natural.

How best do you think sex-for-role can be minimised in the industry?

The most important thing is to be convinced of what you want. Nobody can force anyone, just walk out if you are being harassed.

Tell us about the movies you have produced?

I have produced two movies, Fisayo Alagbaraand Se Ebi Mi Ni.Fisayo Alagbarais already out while the other is yet to be released. Cases of rape in the society inspired Fisayo Alagbara. Cost of production is very high. It costs a lot to produce a good movie, especially with the buzz and publicity.

Do you think controversy sells your jobs well?

For some, it does, but I don’t follow that school of thought. I prefer my work to speak for me.

How best do you think actors can help the government to cub the spread of COVID-19?

I think actors can help by using their social media platforms to create constant awareness, just like Toyin Abraham is doing on her Instagram page at the moment. Awareness is key, a lot of people are still naïve, and that’s a way we can help the government.

Where do you see yourself in the next couple of years?

God willing, I hope to be involved in major movie projects and I pray that my brand grows globally.