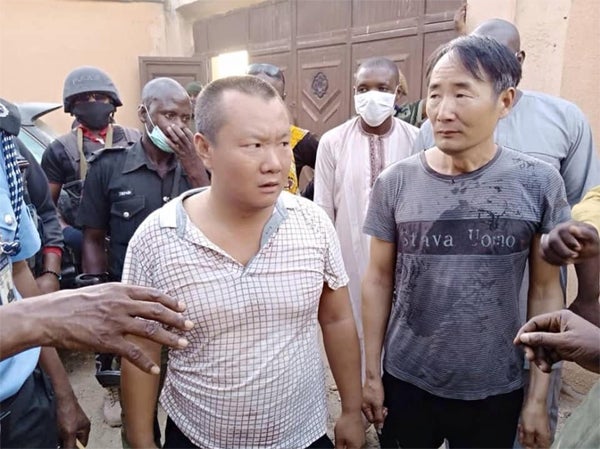 The two Chinese men caught illegally mining in Zamfara
The Zamfara State Police Command has arrested 2 Chinese Nationals for illegally conducting mining activities in the state.
SP Mohammed Shehu,the PPRO of Zamfara State Police Command Gusau,said in a statement on Monday that the foreigners were arrested based on information received on their activities.
“The Command had On 19th April, 2020 recieved information that some foreigners in concert with other unpatriotic Nigerians engaged in illegal mining activities in Kwali, Bukkuyum LGA of the state. ”
“On the strength of the information, On 20th April, 2020, the Commissioner of Police ,CP Usman Nagogo psc+ led a special taskforce team to Kwali mining sites to assess and see things for himself. ”
“The information proved to be credible one as hundred of miners scattered as soon as they saw the team. Two labourers were however arrested who confirmed the presence of Chinese and Bulkinabe Nationals among others.”
“On 25thth April, 2020 information had it that a Chinese and Bulkinabe Nationals are taking shelter somewhere in Nasarawa Burkullu. On 26th April, 2020 the Commissioner of Police led another team to the same Village where two Chinese Nationals were seen with all the chemicals necessary for making gold. The two Chinese Nationals ,Mr WANG and Mr CHUN are being interrogated to get more information that could help the course of investigation, ” they said.
The Federal Government of Nigeria had banned all mining activities in Zamfara state in 2019,as part of measures to reduce crime and banditry in the state. 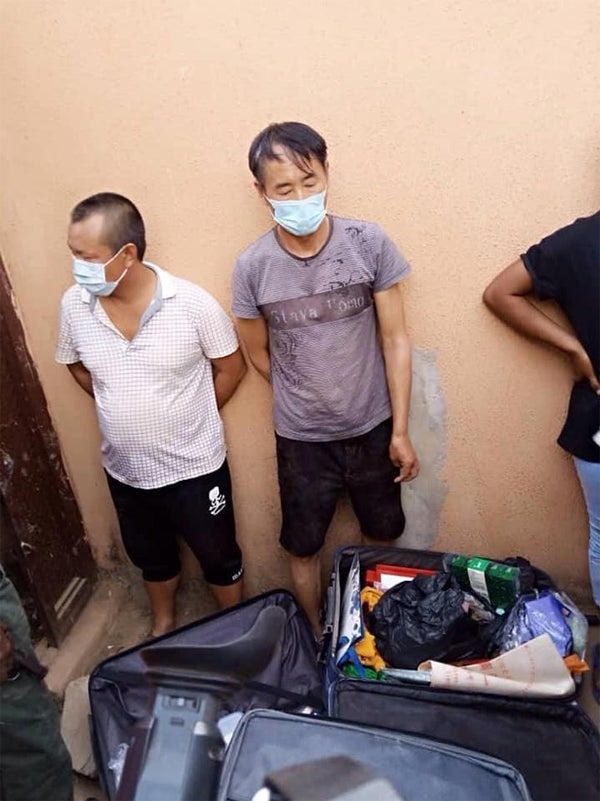