A Nigerian man's journey to freedom has began after being set free from spiritual bondage. 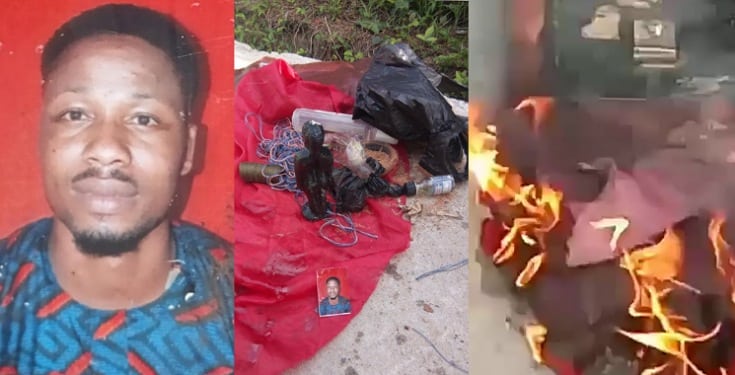 The man has been set free
A man who has been in spiritual bondage for some time now has finally been set free by some good samaritans yesterday.
The fetish items was burnt after it was allegedly forgotten by a tricycle (Keke) passenger.
According to Asuquo Udoma who shared details of the incident on Facebook, the bag which contained the fetish items was thrown out by the Keke man after he saw the contents of the bag.
The fetish items had the passport of a young man identified as Nyome. Asuquo together with some other residents picked up the items and burnt them. 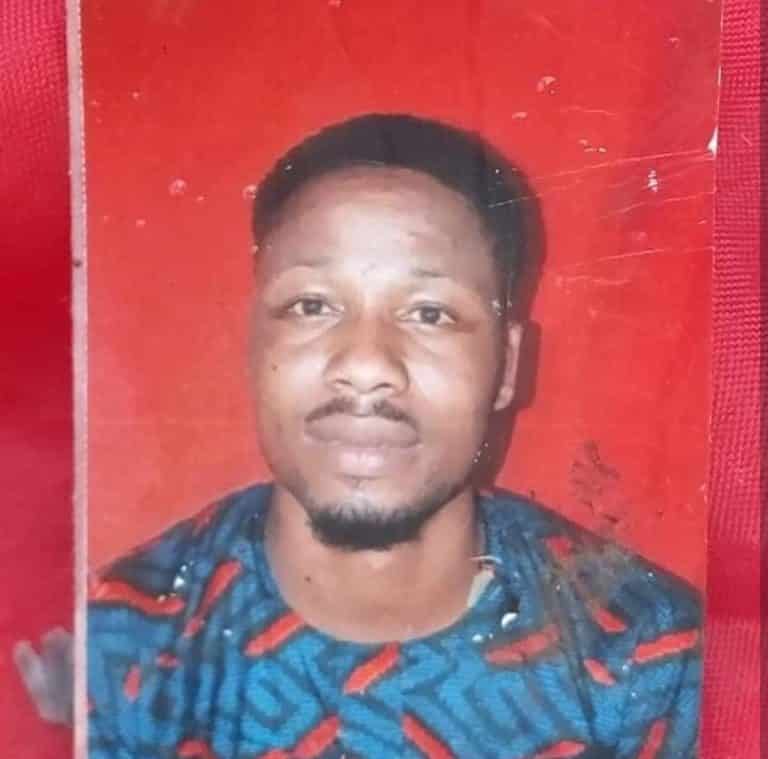 Sharing a video of the items on fire, he wrote;
“Who knows this man Nyome should tell him to thank the Most High, we found a bag containing his picture, moulded human image, a lot of mystical items this morning along the road and we burnt them. Someone forgot it inside Keke and the driver threw the bag out.” 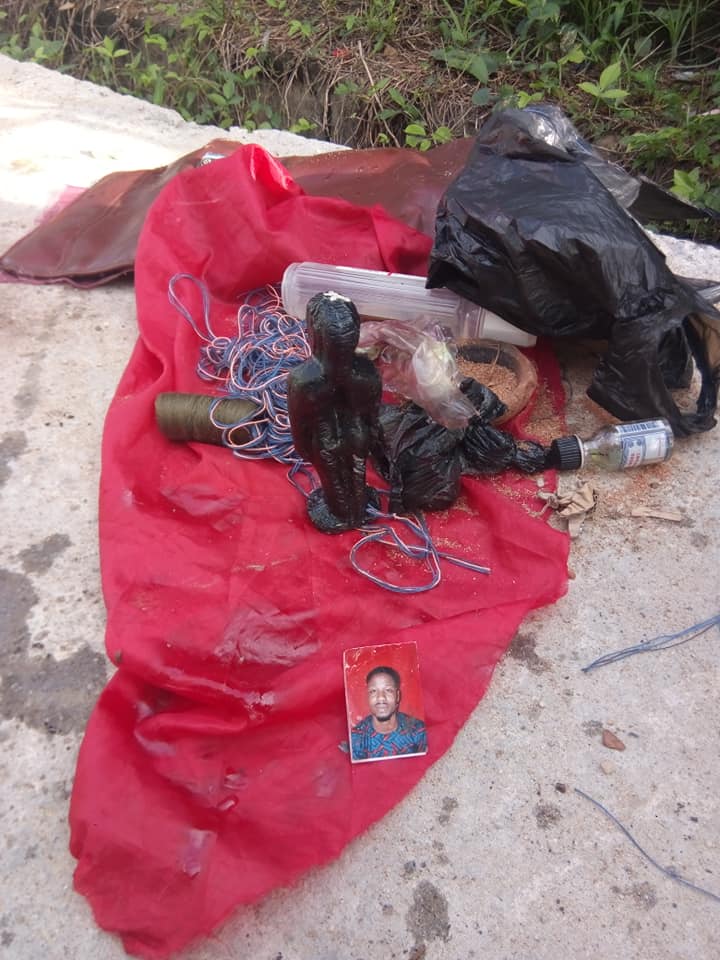