A newborn baby have been rescued after the mother abandoned the child in an uncompleted building. 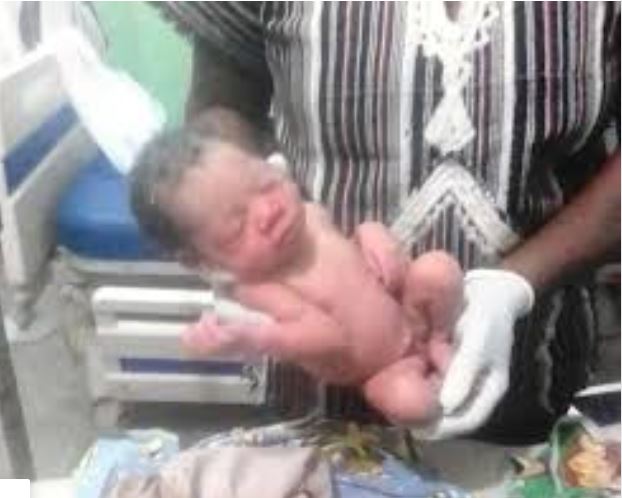 The Police Command in Ekiti says it has rescued a new born baby abandoned in an uncompleted building in Adebayo area of Ado-Ekiti, the state capital.

Abutu said the incident happened on Monday night, adding that residents of the area alerted the police about the incident.

“We got a call that a new born baby was abandoned in an uncompleted building in Adebayo area.

“We recovered the baby and immediately moved the baby to Ekiti University Teaching Hospital, where the baby is receiving treatment and care,” Abutu said.

The police image maker said efforts were ongoing to track the mother of the baby.

A resident in the area, who pleaded anonymity, said the naked baby was left on the bare floor of the abandoned building.

The source said the baby with the placenta still attached to its umbilical cord was discovered in an uncompleted building at Goshen Avenue in Adebayo area of the town at about 10.00p.m. on Monday.

According to the resident, the cry of the new baby attracted some residents who later contacted office of the Wife of Ekiti Governor, Mrs Bisi Fayemi, and the police. (NAN)