The mother of Governor Ahmadu Umar Fintiri of Adamawa State has passed away leaving him in a state of mourning. 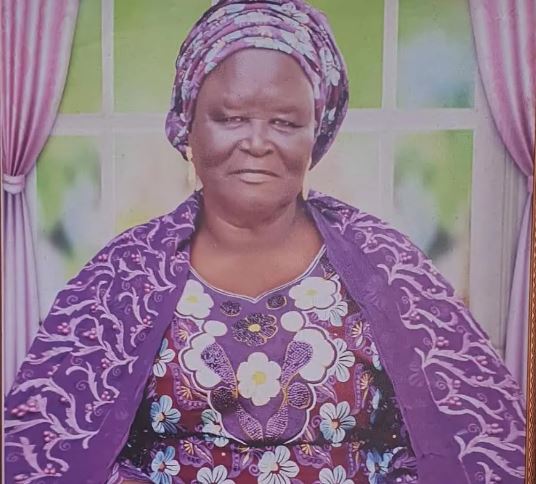 Fatima Umar Badami
Mother of Governor Ahmadu Umar Fintiri of Adamawa State is dead.
The mother, Hajiya Fatima Umar Badami, died at the Federal Medical Centre in Yola following a protracted illness, a release from the state government said Wednesday.
The press release, signed by the Director-General, Media and Communication in the Government House, Solomon Kumangar, said the governor’s mother was 68 years old.
According to Kumangar, the late Hajia Fatima Umar Badami is survived by Governor Fintiri, four grandchildren, siblings, and close relations.
“She was a strong pillar in her community, a disciplinarian and a devout Muslim,” Kumanagar added.
He said the governor had taken the death of his mother in his stride but would require the prayers of all citizens for God to grant her peaceful repose and give him the strength to bear the loss.
Recall that Governor Fintiri had lost his father only nine months ago.
The father, Alhaji Umar Badami, had died on July 28, 2019, at the age of 82.
Top Stories