This development was communicated to journalists on Wednesday evening by the Deputy Chief of Staff to the State Governor. 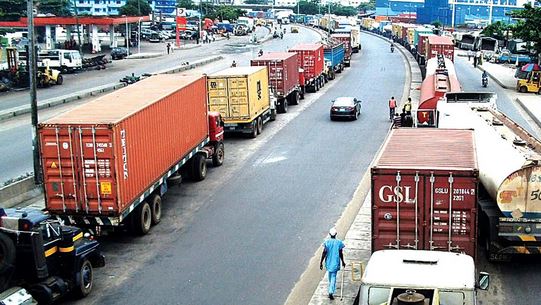 Despite the suspension of interstate movement across Nigeria, some travellers from northern Nigeria have entered Osun State by hiding in trucks carrying essential goods, an official said.

This was communicated to journalists on Wednesday evening by the Deputy Chief of Staff to Governor Gboyega Oyetola, Adeyanju Binuyo.

He, however, said the youth had been tracked down by the government and will immediately be sent back to their home states.

“Government is aware of a huge influx of non- Osun residents into the state, especially from Zamfara. They were coming majorly through the Ondo axis, accompanying trucks that are carrying food materials purportedly to be sold around the South West generally.

“The intelligence that we’ve gathered in the last few days is such that they usually have two or a maximum of three people attached to a truck to assist in discharging the goods. But now we have sometimes ten of them hidden among the goods.

“Sometimes the trucks would stop and drop some of them off along Ife express road where they are received by their fellow northerners already resident in the state. The government has been receiving a lot of such reports most especially now that Amotekun has been properly set up. This portends a great danger especially at a time like this when Osun is doing everything to avoid community transmission of COVID-19. This is not the time to be reckless and allow safety or security breaches at our borders.

Although, Mr Binuyo said security agents in the state including Amotekun have been mandated to identify and man all the entry points. He reiterated that only “food, medical, beverages, petroleum, agriculture and construction supply trucks are exempted but they cannot have more than three persons per truck.”

The official said any security official found guilty of compromise at any boundary would be made to face the full wrath of the law as a deterrent to others while vehicles caught in violation of the orders would “be forfeited to the state and the passengers prosecuted.”