The Quarantine bill introduced by Nigeria's House of Reps Speaker has been exposed as copied work from another country. 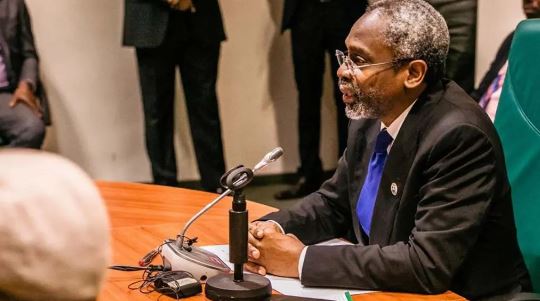 Femi Gbajabiamila
The Speaker of the House of Representatives, Femi Gbajabiamila, has reportedly been caught after copying a Quarantine bill, which seeks to repeal the old act enacted in 1926 and enact the control for infectious Disease bill.
The bill was read on Tuesday for the first reading and the rules were suspended for it to be taken through second and subsequently given expedited passage.The bill stalled because members had no copy of the bill and the Speaker decided to suspend the consideration until Tuesda,y 5th of May. In fact, the bill was listed on the Order paper for the committee of the whole consideration.
According to DailyPost, facts have now emerged showing the bill by Gbajabiamila is a plagiarized work from the Singapore’s Infectious Disease Act of 1977.
Taking another look at the copy of the bill shared to journalists by the Spokesperson of the Speaker, Lanre Lasisi, the similarities are glaring.
The major difference in the two bill is part two of the bill, where the old act which gives the president powers to declare public health emergency was carefully placed as section part 3. Besides this, the rest of the bill was more or less word for word adaptation of the Singapore’s act.
The 9th National Assembly is becoming notorious with copying legislations from other countries. First, was the social media bill sponsored by Sani Musa and now this infectious disease act.
The new bill as proposed gives enormous powers to the Director-General of the Nigeria Centre for Disease Control.
Mr. Lasisi did not respond to test messages and calls placed to his cell phone on the bill.
Top Stories