Young Native Doctor Blows Hot As He's Arrested For Not Wearing Face Mask; Says He's Not afraid of Coronavirus And Can Cure It (Video)


A young native doctor was seen in a viral video protesting after he was arrested for not wearing a face mask. 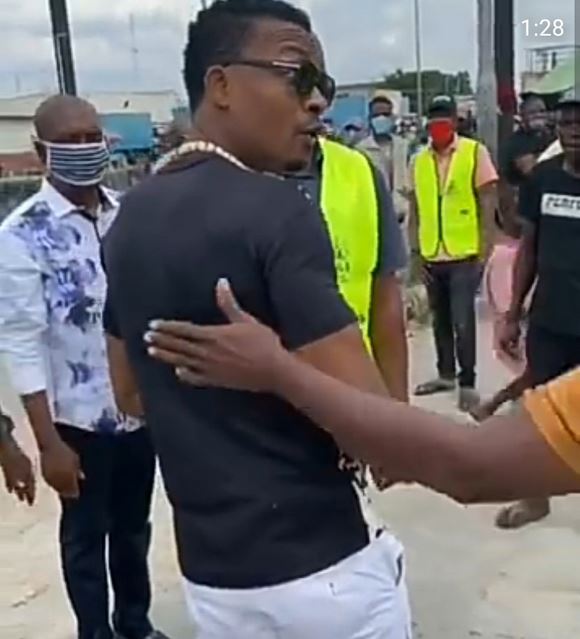 Young Native Doctor Blows Hot As He's Arrested For Not Wearing Face Mask; Says He's Not afraid of Coronavirus And Can Cure It

A young native doctor was filmed protesting after he was arrested for stepping out without wearing a face mask amid the COVID-19 pandemic.

In the video, the man is seen telling the members of the task force that he's on his way to an important assignment. He was asked why he's not wearing a face mask and he responded that he's a native doctor and Coronavirus is not a threat to him.

He said he is not afraid of the virus and can treat patients if they are brought to him.

"What you people are doing now has repercussions," he warned the task force in Igbo.

"Look at my neck," he said, pointing to the strings of beaded necklace he was wearing.

"The assignment I'm going on now is not something... What I'm going for is a very serious matter. I'm telling you the truth."

"But why are you not wearing your face mask," an officer asked.

And the native doctor responded: "I'm telling you that I'm a native doctor. I don't have problem with diseases. I will treat that your Coronavirus. Bring me a patient."

He continued after sitting: "You people are insulting your ancestors. You're insulting the god of the Igbo land."

He was offered hand sanitizer to apply on his hands but he rejected it, saying: "I don't need that thing."

He went on to speak about our ancestors and how they treated themselves with traditional knowledge.

"A White man will be scared of disease, you Africans, that are hardcore Igbolites and know that it is traditional, this is what we do, we are herbalists..."

The man, who identified himself as a native doctor, said he's on his way to an urgent assignment. He added that he's not afraid of Coronavirus and can cure it. . He also said it's a shame that Nigerian men are afraid of ordinary Coronavirus, just like the White men