The Lagos State Chairman of the National Union of Road Transport Workers, MC Oluomo has buried his mother. 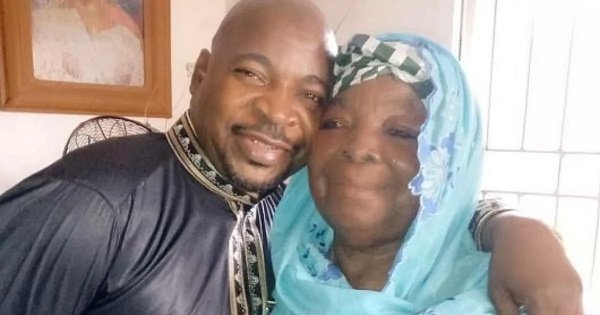 MC Oluomo and his mother

We reported earlier that MC Oluomo lost his mother on Thursday. She was also buried same day according to Islamic Funeral rites.

Mr Jimoh Buhari, the Personal Assistant (PA) to MC Oluomo, told the News Agency of Nigeria (NAN) in Lagos that Alhaja Abebi Sinatu Akinsanya died at the age of 87 in the early hours of Thursday.

“Mama woke up early this morning to observe the early morning Ramadan prayer and Sari , but later complained of ill health.

“On the way to the hospital to see her doctor, she died and her remains were returned home to be prepared for burial after being certified dead.

“She was buried according to Islamic rites in MC Oluomo’s house at NNPC near Ejigbo, Lagos State,’’ he said.

Buhari also told NAN that the burial was held in strict adherence to government’s order of not more than 20 persons in attendance.

The NURTW chairman is the fourth out of the deceased’s five children.