I Felt I'd End Up In Mortuary After Contracting COVID-19 With My Wife, Daughter - Singer, Jide Chord Opens Up


Juju singer, Jide Chord has told his story after managing to survive the truly deadly coronavirus. 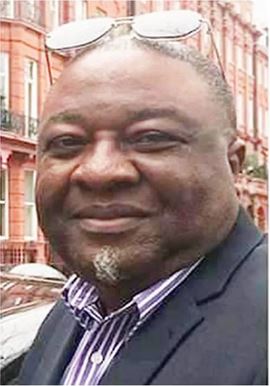 It has been songs of praises to God from popular juju singer, Jide Akinwunmi, otherwise called Jide Chord, after surviving coronavirus that has killed thousands and affected millions globally. The singer, who shed tears during a medley of songs on Facebook Live to celebrate his survival, told Saturday PUNCH from the United Kingdom that the experience was scary.

He said, “I played into the eye of the storm as most of my family members are in the United Kingdom and others are in Nigeria as most people know. As most countries were on lockdowns, I felt I had to be with my family for I would be more useful to whoever I wanted to help being in the UK.

“Not long after my arrival in the UK in March, I started feeling the symptoms of COVID-19. It started first with a dry cough for about three days. I wondered what was wrong with me. I felt maybe it was because of the trip or dust from Nigerian roads. All of a sudden thereafter, I started shivering and having fever-like symptom. My family called the National Health Service. They told us that with the way I sounded, it was like I had contracted coronavirus but I shouldn’t come to the hospital.

“As I was battling with the situation, my 28-year-old daughter started exhibiting symptoms of the virus too. The fearful part was that shortly afterwards, my wife that was caring for us contracted it too. It was a scary moment for me. I felt dryness in my mouth, cold, loss of appetite and sense of smell and taste. There was a day I woke up weeping. I don’t think I can even tell the full story. I was scared for my life and family. I didn’t know if we contracted it because of my wife or daughter’s jobs. May be they got it at work. I wouldn’t want to dwell on the nature of their jobs because I like to keep family private. We are an enlightened family so when the symptoms first started, my family was afraid for me. They search Google to read more about coronavirus. They were worried.’’

The Paseromi singer narrated further that some friends who heard of their situation suggested onions, turmeric and some other things.

He added, “I used everything they suggested because I didn’t know which one would work. My wife and daughter were supportive until they had it too. We called the NHS that we wanted to be taken to the hospital but the response wasn’t positive. The spaces for COVID-19 patients in hospitals were filled up and one would only be admitted if a victim was gasping for breath and nearing death. At some point in the middle of the night, I told my family that we shouldn’t wait to die in the house. My daughter was still able to drive and we went to the King George Hospital, East London. Those who know the hospital would tell you that as one enters there, it’s the mortuary that one will see first. I took a good look at the mortuary because I felt I was going to end up there. They refused to admit us there and told us to return home. They attended to us in a secluded place. They told us that if we were admitted to the hospital, we would be worse off because of what was going on in the COVID-19 ward; they had victims who could barely speak, people on ventilators. They asked us to return home and isolate collectively. We returned home and doctors were attending to us on the phone, sending us medications through a nearby pharmacy. We had to send people to collect the drugs for us. I wouldn’t wish the experience on my enemy. It was as if everything in my body was spoilt.

“I would say my body fought it in the long run with the help of the doctors. They sent several medicines. Each of us had a doctor who kept calling to monitor us knowing we were in the same house. Most of the drugs from the doctors were painkillers and antibiotics. But we also used some herbal products. The virus first made effect in one’s throat before going into other parts of the body. It started in the lungs and I still feel it now as we speak. It was in my body for about 18 days which was the longest among the three of us. I thought I was going to die. I knew some people who ended in the mortuary three days after contracting the virus. I knew of worst stories of some victims. I am grateful that God gave me a second chance. Several things went through my mind during the period; people who relied on me emotionally, psychologically, financially and what would happen to them.’’

Dwelling on the lessons learnt from the experience, the juju singer said he took life too seriously and would calmly handle it henceforth to enjoy it well.

“I may have made the mistake of taking things too seriously. Generally, I play a lot but I am a bit too serious. I need to relax a bit more because whatever will be, will be. I am going to enjoy life more. Aye o le (Life is not hard). There may be a party in New York but I wouldn’t want to attend because of some things. Now, I would attend. Ma jaye orimi (I will have a good time more).  If you see my timeline on Facebook, as soon as I landed in the UK, I did a video on hand washing not knowing that I would be infected. I really don’t know what to do more other than to continue obeying medical instructions. Sometimes, I lock myself in and would later say it’s better to go out a bit. We did everything right in my eyes yet we still contracted it. We are all negative no doubt. From the discussions with the doctors, we had survived it but we still need to do some tests. I am not scared of death really. I am just scared of pain; of people I would leave behind. Dying is not something I am afraid of. I have never been afraid of death. If I wasn’t a musician, I would have been a soldier. Part of human nature is to struggle even if one is confronted with death. I wouldn’t say because UK is one of high risk countries for coronavirus I would leave my family. I had two other children in the house who weren’t infected perhaps because they are young and their immunity is high.’’

He also said he hadn’t decided to make a song out of the experience after the pandemic ends despite the fact that some persons had convinced him to do so.

Jide Chord also advised Nigerians to be wary of the virus and shun doubt about its existence.

He stated, “Nigerians should please know that there’s coronavirus. If we allow many cases of it in Nigeria where even the primary healthcare system is inadequate, we would lose many people. They shouldn’t see a governor or council chairman as a politician in this case. They need to see it from medical science. Let endure all for some time and it would pass after finding cure or as a phase. We must take pieces of advice from government and health  organisations seriously. I know that some people would say they had been deceived for long, but I am saying coronavirus is real. If we are careless about it, we can’t handle it. If the US, UK and other developed countries have yet to handle it, what will happen to Nigeria?

“My daughter’s friend in Nigeria called her few days ago. Their talks dwelt on coronavirus and the young man asked her if she was sure that coronavirus existed. He had yet to know about what happened then and my daughter told him that she just survived it. The young man was shocked. How can people including some youths in Nigeria think COVID-19 is not real?’’