A group of people who were attending a birthday party at a hotel in Akure have found themselves in very serious trouble. 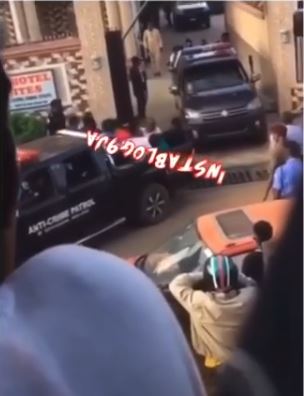 A video has emerged online showing the moment party-goers were whisked away by police.

According to local reports, the incident happened at a hotel in Akure, Ondo state.

Eyewitnesses explained that a group of party-goers had converged at the hotel to attend a birthday party. Apparently, this was in disobedience to the lockdown order by the state.

When police officers got wind of the development, they quickly mobilized and went to the hotel, arresting all those in attendance.

A video from the scene of the incident has shown the moment the police van whisked the people away.