Enengedi explains how unfortunate it is that the one time that the Nigerian government could have proved that it cared has been lost to unnecessary politicking. 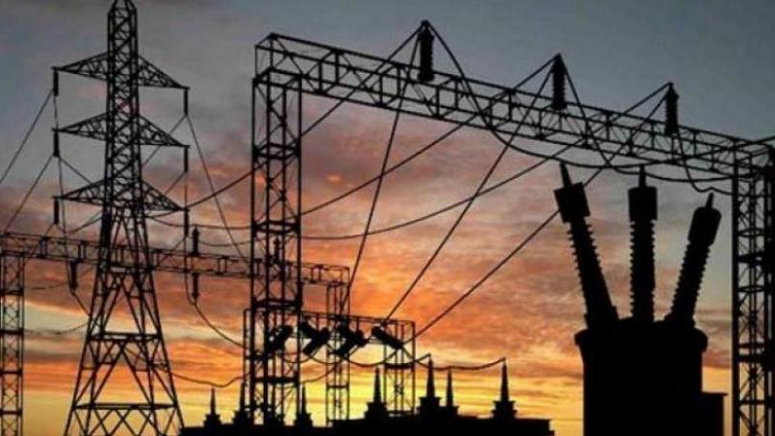 Yesterday I found myself laughing out loud when I saw a tweet by Ikeja Electric insisting that its customers should pay up their electricity bills regardless of the lockdown. The tweet read, "Electricity is NOT free! Not even during the lockdown. lease PAY your bills to enjoy power supply.”

What caused my amusement was that the tweet immediately reminded me of how a few weeks ago, there was a proposal by the National Assembly and the Federal Executive arm of government to settle two-months free electricity bills for Nigerians as part of palliatives to assuage the challenges posed by the lockdown ordered by the government following the outbreak of Coronavirus.

It would be recalled that the House of Representatives’ decision was spurned after the attention of the Speaker, Hon. Femi Gbajabiamila was drawn to a viral video of a Nollywood actress, Ada Ameh crying out to the government over the epileptic power supply during the lockdown. The actress had lamented how a lot of people had used up the little money they had to buy foodstuffs in preparation for the lockdown and were in no financial condition to pay electricity bill or afford fuel for generators.

Gbajabiamila who seemed to have been touched by her lamentation then suggested during a meeting between the National Assembly leadership and the Minister of Finance, Budget and National Planning, Mrs. Zainab Ahmed that free electricity supply was necessary since it would have the highest impact on the entire Nigerian masses. The power distribution companies (DisCos) under the aegis of the Association of Nigerian Electricity Distributors (ANED) were no doubt in support of the government’s proposal and that was made clear in their earlier press statements.

The Speaker’s suggestion had spurred Nigerians to commence jubilation, that for once, the government was going to truly do something that was going to touch the lives of the people and keep them happy. Paying up the electricity bills of its citizens would have mitigated the economic challenges that Nigerians are being subjected to during this COVID-19 period, and probably sway public perception of the government in a positive direction.

Unfortunately, the jubilation was cut short when the Discos revealed that the proposed free electricity was not going to be free in the real sense of the word, but would be paid for by the National Assembly and the Federal government.

It is common knowledge that the lockdown has affected the livelihood of many Nigerians whose source of income depended on the wages they make from daily activities. They are left to deal with the condition of lack, poverty and hunger from simply obeying the sit-at-home order. Obeying a sit-at-home order, hungry and dealing with a condition of epileptic power supply was almost as worst as being imprisoned. The hint that there was going to be a supply of electricity sparked a glimpse of hope and even much better feeling knowing the bill was going to be taken care of by the government.

Even though it sounded like a tall order for the government, it was quite believable because we had read in the dailies of Ghana's President Nana Akufo-Addo's promise to foot water and electricity bills of all Ghanaians throughout April, May, and June. Togo's President, Faure Gnassingbé had also announced a partial version of the same palliatives for its citizens.

Sadly, it will not be the first time that Nigerians will be disappointed by their government. Nigerians seem to already be getting used to the usual trend of failed promises. In the past, the government have repeatedly promised to increase job employments but instead, we have witnessed a growing loss of jobs and increased rate of unemployment. The government promised to secure lives and property, but crime, banditry, kidnappings and robbery seems to be on the rise.

More recently, the government promised to provide relief materials and conditional cash transfers to Nigerians to help in mitigating the hardship borne by the lockdown, but it is a pity that not much has been felt from that programme. The government had also announced hundreds of billions of Naira as intervention fund that would be spent to provide direct electronic cash transfers and other direct benefits to the country’s poorest and most vulnerable people, but not much of the palliative packages have reached the majority of those for whom they were intend­ed.

If the government were to execute the 2-months free electricity initiative, it would have had to part with an average sum of N109.8 billion, according to figures THISDAY obtained from the Nigerian Electricity Regulatory Commission (NERC) and the Nigerian Bulk Electricity Trading Plc (NBET). BusinessDay’s analysis pegs it at an estimated N120billion for that to happy.

Whether N109.8 billion or N120billion, obviously, that would have been a huge sum to spend, but would it have made ameliorated the current hardship brought about by the lockdown and made Nigerians happy for a moment with their government? Most definitely. Can the government afford to do that right now considering the huge debt it has incurred in recent times? Very unlikely.

There have been arguments in some quarters that the government paying the bill for the two months would have been unfair to the 80million Nigerians who do not even have access to electricity. Sounds like a logical argument though, but so is the unfair and inadequate distribution of palliatives. Not everyone has gotten a thing from government. At least with free electricity, there will be more people benefitting with some level of transparency.

The disappointment that came with government's reneging on the free-electricity initiative has not gone without leaving a sour taste in the mouth of Nigerians. Last week, a staff of one of the Discos, Ibadan Electricity Distribution Company, IBEDC, was assaulted and almost blinded from an injury sustained from an attack by residents of an Abeokuta community in Ogun State. The residents claim, the company need not disconnect electricity while the country was on lockdown and people being deprived of their source of livelihood.

For a citizenry who practically provide most of its basic necessities by itself, the least government could do was to do something that will feasibly impact the lives of its people. Government is about meeting the needs of the people and doing everything possible to make life easier for them. It is unfortunate that the one time that the government could have proved that it cared was lost to unnecessary politicking.