Photo Of Civil Engineer Killed By Suspected Assassins In Enugu


A civil engineer has been reportedly killed by suspected assassins in Enugu state. 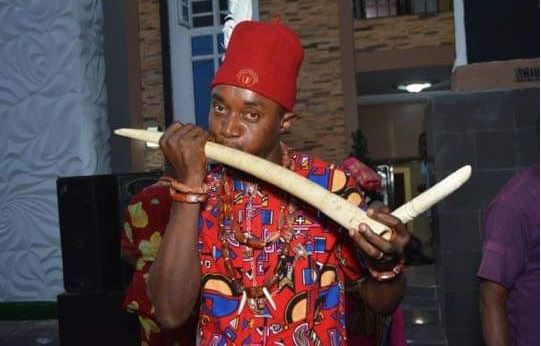 A Civil Engineer identified as Okwudili Kingsley Ugah has been shot and killed by suspected assassins in Enugu.

Spokesperson for the Enugu State Police Command, Daniel Ndukwe, who confirmed the incident said the police have commenced investigation in order to arrest the perpetrators of the crime.

Ugah who hailed from Imezi-Owa in Ezeagu local government area of Enugu State, was shot dead about two poles to his residence in the Trans Ekulu area of the state capital.

The incident reportedly happened around 8 p.m. on Thursday near the Sani Abacha roundabout, Phase-6, Trans Ekulu. 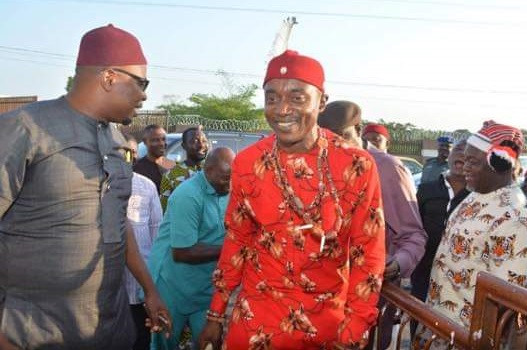 According to reports, the deceased was allegedly trailed by his assailants who first shot at his tyres. They later rained bullets on him and sped off as he laid in a pool of his blood.

He was rushed to St Leo Hospital near NOWAS where the doctors referred them to Army 82 Division hospital. He was later confirmed dead at the hospital and his remains were deposited in the mortuary.

Kingsley Ugah was a former supervisor for Works in the Enugu East Local Government Area.

He did his NYSC in Bayelsa in 2011 and got married about five years ago. He was said to be about 40 years old.

A friend of the decease, Emeka Godswill took to Facebook to mourn his death. 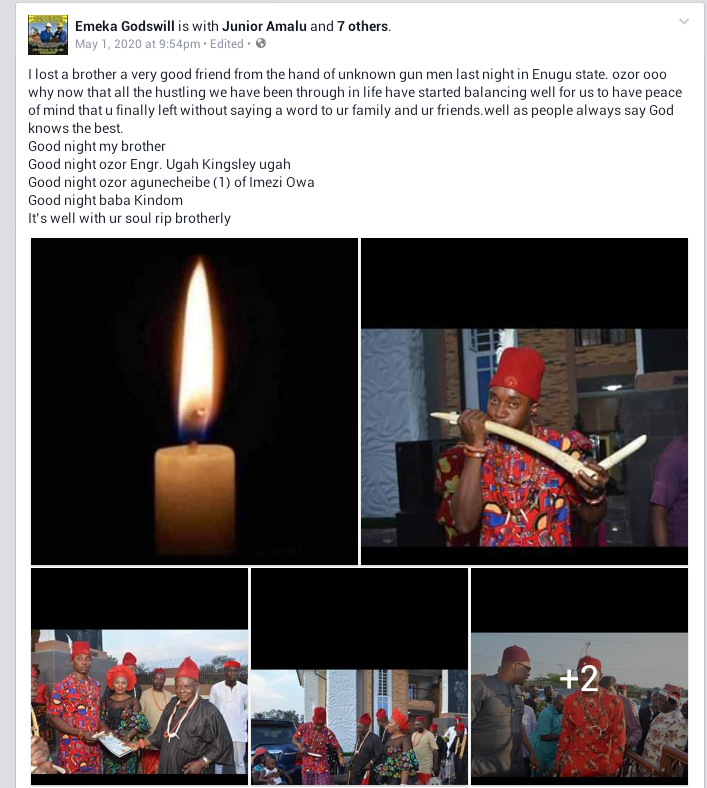