Ex-Senator, Dino Melaye has sued the speaker of the House of Representatives and the entire chamber for an attempt to pass a bill on Infectious Disease Control that will mandate compulsory vaccination. 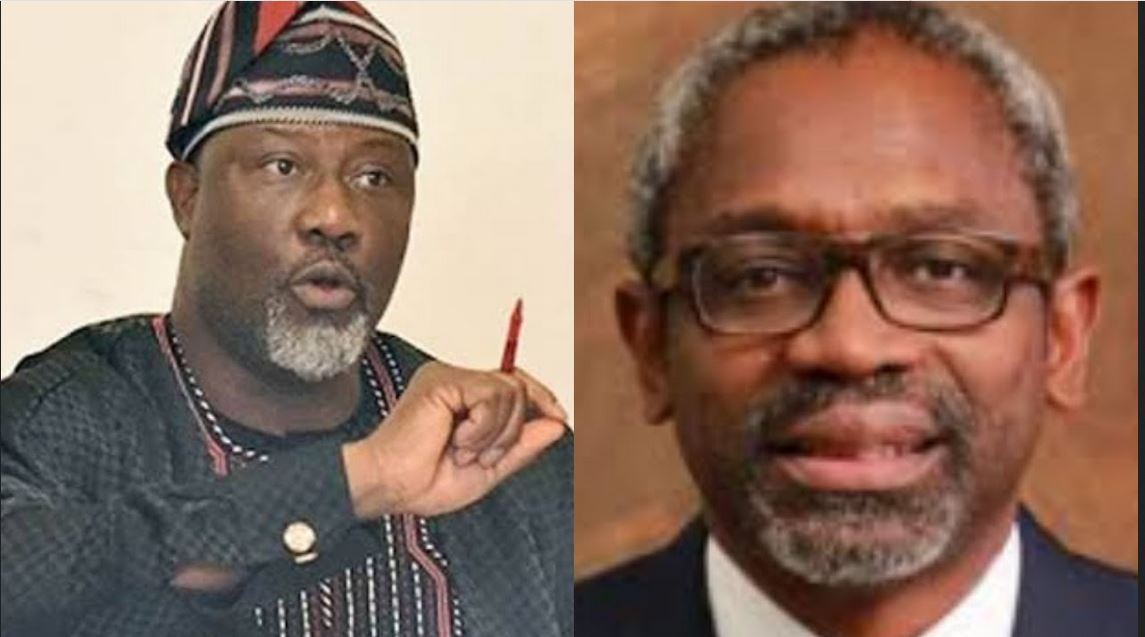 Senator Dino Melaye has filed a suit against the Speaker of the House of Representatives, Femi Gbajabiamila and two others, Pascal Obi and Tanko Sununu, over the controversial ‘'Control of Infectious Diseases Bill 2020’'.

The lawmakers who introduced the bill during plenary last week, said it was designed to prevent the spread or possible outbreak of infectious diseases.

The bill which is being sponsored by Gbajabiamila, seeks amongst other things, to empower the Minister of Health to convert any building into an Isolation center during a pandemic or health crisis while the police would be able to arrest any individual suffering from an infectious disease without a warrant.

“The minister may, for the purpose of preventing the spread or possible outbreak of an infectious disease, by notification in the Gazette declare any premises to be an isolation area.”

“A notification under subsection (1) shall be effective until the expiration of such period as may be specified in the notification or until it is revoked by the minister, whichever occurs first.”

“The Director General may, in relation to an isolation area, by written order prohibit any person or class of persons from entering or leaving the isolation area without the permission of the Director General; prohibit or restrict the movement within the isolation area of any person or class of persons; prohibit or restrict the movement of goods; require any person or class of persons to report at specified times and places and submit to such medical examinations, answer such questions and submit to such medical treatment as the Director General thinks fit; authorise the destruction, disposal or treatment of any goods, structure, water supply, drainage and sewerage system or other matter within the isolation area known or suspected to be a source of infection; and prohibit, restrict, require or authorise the carrying out of such other act as may be prescribed.”

The bill also proposes for a polie officer to have the power to arrest, quarantine violators without warrant

“A person who leaves or attempts to leave or is suspected of having left an isolation area in contravention of an order under subsection (3) may be arrested without warrant by any Health Officer or by any police officer, authorised in writing in that behalf by the Director General.”

“Goods brought into or removed from an isolation area in contravention of an order under subsection (3) shall be forfeited to the Government and may be seized, dealt with and disposed of in accordance with section 55(2) and (3) as if those goods were any substance or matter referred to in section 55(1)(c).”

Section 79 (3) prescribes a N500,000 fine and six-month jail term for persons who violate the quarantine restriction or refuse to take vaccinations in case of an outbreak or a suspected outbreak of an infectious disease in Nigeria such as the ravaging COVID-19.

“The Minister may, in making any regulations, provide that any contravention of or failure to comply with any regulation shall be an offence punishable with a fine not less than N500,000 or to imprisonment for a term not exceeding six months or to both.''

Section 13 of the bill also sought to give the NCDC Director-General the power to order the isolation of people having or suspected to have an infectious disease for a period of time subject to the discretion of the DG. It added that such persons, including those who have recently recovered or being treated for such a disease, remain in isolation or be treated in their own dwelling place.

Section 17, under Abatement of Overcrowding, the bill prescribes that if in the opinion of the NCDC DG, a building is so overcrowded as to expose the occupants to the risk of infection by an infectious disease, the DG may by written notice direct the owner or occupier of the building to abate the overcrowding or to close the building or part thereof within the time specified in the notice.

Melaye has joined many other Nigerians to condemn the bill which has been widely described as Colonial and Draconian. In his reaction, Melaye said the bill is against the constitution of the Federal Republic of Nigeria and an outright abuse of the human rights of Nigerians. He pointed out that the bill amongst other things encourages forceful vaccination of persons against their wish.

On Monday morning, he approached the Federal High Court Abuja to file a lawsuit against the Speaker, Femi Gbajabiamila. Others joined in the suit include the Clerk of the National Assembly, Clerk of the House of Representatives, Attorney General of the Federation and the Inspector General of Police. 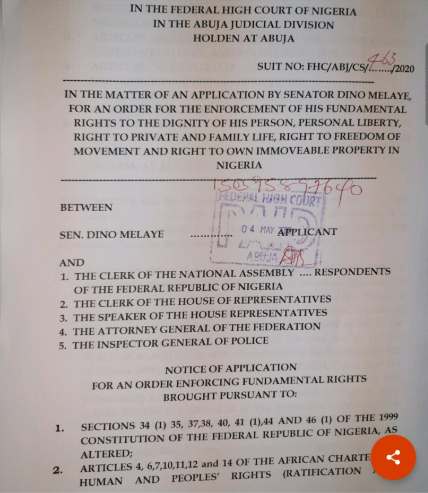 No date has been fixed for hearing.