Commercial s3x workers in Ondo state have decided to take the bull by the horn amid the coronavirus pandemic to keep their business running. 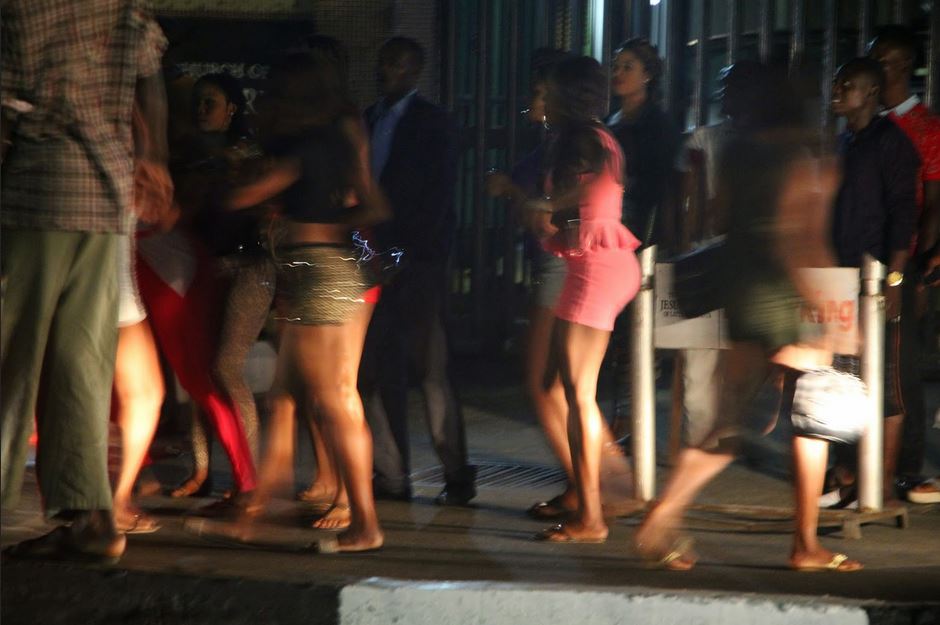 Despite ongoing efforts to combat the pandemic to a standstill, Coronavirus has continued to take a severe toll on Nigerians and the economy of the country.

Like every category of workers and business owners in the country, the lull in commercial and economic activities has also gotten to commercial s3x workers in a hard way.

In Ondo State where government has since begun a crackdown on brothels and ‘joints’ housing commercial s3x workers, SaharaReporters discovered that the ladies in this business have since devised new ways of servicing their clients and keep the cash rolling in no matter how little.

Last week, at least 18 commercial s3x workers were arrested in Ondo by the state government as part of moves to enforce the stay-at-home and social distancing rule meant to help curtail the spread of the virus.

Doyin Odebowale, leader of the task force team, disclosed that the arrested s3x workers had been placed on isolation pending when results of their samples will emerge.

But unmoved by the possibility of being arrested by the task force team and police for still marketing cheap and sometimes unprotected s3x, some of the ladies said that they now took the service to the home of willing clients for an agreed fee rather than wait for such customers to come to the brothels, which has become difficult in recent days due to the crackdown by government officials.

SaharaReporters also discovered that more than a few of the commercial s3x workers have signed up to some social networking platforms like InMessage to track down willing clients close to their areas of residence.

Many of the s3x workers, who said they had no other means of survival, said  that they have had to adapt to the reality on ground to put food on their tables.

Identifying herself only as Amarachi, one s3x worker at a brothel on Araromi Street in Akure, the state capital, said that the dusk to dawn curfew put in place by the state government had affected her operations severely.

She said, “We (s3x workers) are one of those most affected by this lockdown because some of us are no longer making money the way we used to.

“They want us to stop our business due to this Coronavirus but they didn’t provide food for us or show us where to get money to feed.

“As a result of the situation, we have to find means to meet up with our customers wherever they want because we need the money to survive.”

Another s3x worker named Rita said she, too, had managed to stay in business by offering home service to customers, who want ‘good’ s3x.

She said, "Before now, I used to make at least N5,000 at night in a day and even make some contribution the next day.

“But now I can't make such money because of the curfew. Clients are now afraid to visit us here.

"But as s3x workers, before the day is dark, you will have had some agreement with your client and you visit him in his house with the service by sleeping over."

Abigail, one s3x workers at a brothel around the Oluwatuyi area of Akure, groaned over the loss of revenue following a drop in customers as a result of the lockdown.

Like the others, she has switched to ‘home delivery’ mode to stay in business and raise money for her upkeep.

She said, "My madam used to settle some of these policemen before but since she travelled to her village, they have not allowed us to open.

"Now, we talk to our clients on phone and we can easily go and sleep over in their houses but this is for those who are yet to marry or are still single among our clients."

Following the threat posed by policemen and other security agents enforcing the stay-at-home order in the city, some s3x workers however, prefer to remain in their brothels and wait for the right opportunity to hook a customer.

But a psychologist, Mrs Niniola Ashaolu, said the new strategy adopted by commercial s3x workers in the city to stay in business was dangerous because they could be exposed to Coronavirus in the homes of their clients.

She said, "The issue is that since they are now on the social media to woo their clients and everyone is avoiding contact, will it not be a serious danger inviting such people into your homes.''