Revealed: How Buratai's Family Clashed With Borno COVID-19 Team Over His Mother's Corpse


It will be recalled that Kakah Hajja, Buratai's mother, who died on Tuesday, was said to have suffered complications of COVID-19. 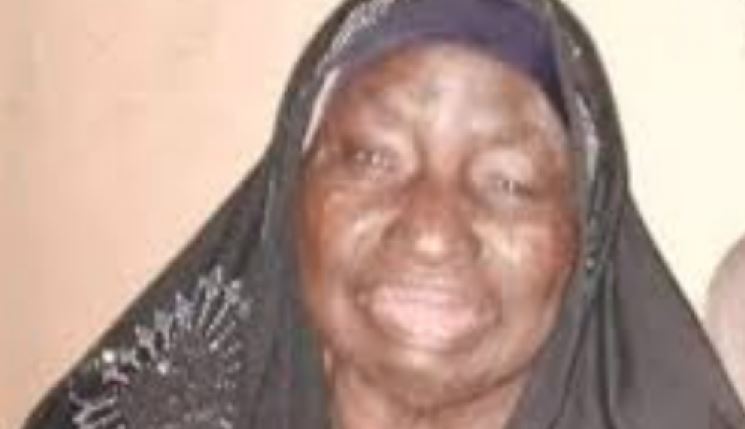 The family of Tukur Buratai, chief of army staff, clashed with the Borno COVID-19 team over the initial refusal of the government to release the body of the late mother of the army’s chief, sources have told TheCable.

Kakah Hajja, Buratai’s mother, who died on Tuesday, was said to have suffered complications of COVID-19.

Sources at the University of Maiduguri Teaching Hospital (UMTH) said Hajja was brought into the intensive care unit of the hospital and tested positive for the disease before she died.

Umar Kadafur, Borno deputy governor and coordinator of the state’s COVID-19 team, was said to have told the family that there was a protocol to be followed when a person dies of the disease.

But the Buratai family members reportedly disagreed with the deputy governor and this led to a heated argument, according to one of the sources.

“İbrahim Buratai, a brother to the army chief who led others to the hospital, insisted that their mother had been battling with this illness for over three months and can’t be said to have died COVID-19.

“The deputy governor also insisted on the regulation that corpses of COVID-19 patients should not be released to the family.”

The Nigeria Centre for Disease Control (NCDC) has specified conditions under which bodies of those who died from COVID-19 can be released.

One of the conditions is that the body would have been treated properly by medical experts before it is released.

But the Buratai family members were said to have demanded the corpse immediately after the woman died.

The issue was said to have degenerated from an argument into a fight between the deputy governor’s security aides and soldiers from 7 division of the army who escorted Buratai’s family members to the hospital.

“The deputy governor had and the senior army officer at the scene had to intervene before the body was released to the family and they left,” another source said.

“She had since been buried at the Maimalari cantonment,” the source added.

The deputy governor hails from Biu local government, where Buratai is also from.

When contacted, Bakura Abba, the state’s commissioner of information, said he was not aware of the incident.

Musa Sagir, spokesman of the Nigerian Army, neither responded to calls nor text messages.

The state has been responsible for burial of people suspected to have died from COVID-19 complications, including Muhammed Goni, a former governor of the state, who died in April.