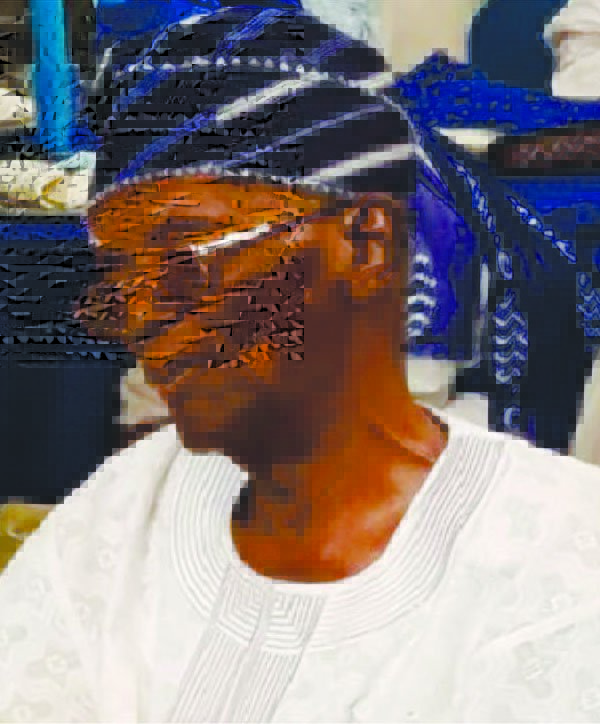 He passed on at his Ilupeju, Lagos residence in the early hours of the day.

He was laid to rest at the Atan Cemetery, Yaba, at 4pm on Saturday, in accordance with Islamic rites.

Recalling the last moments of the deceased to The Nation, Mrs. Oluwa said: “He was a bit down for a few days and this morning (Saturday) he was a bit restless.

“We bathed him and he took his food. While eating, he started feeling ill. About five minutes later – we didn’t know he was going anyway, we thought he was just feeling ill, because he’s been down for some time. Within 10 minutes he was gone.

Mrs Oluwa described the deceased as “a marvelous father, a good husband, kind, though very disciplined to the core. He didn’t take nonsense from anyone, but he was a very good husband and father, caring and loving.

“He was a Lagosian to the core. He started the Indigenes Association of Lagos State. He carried them along until he was too old. He wanted a Lagos that Lagosians would participate fully in governance.”

She said: “I’ve never seen a man like him. He was selfless, devoted to his family and loved all. He was regarded as the father of all. He loved his country, loved his hometown Isale Eko, he was always there for all of us. He was a great father.

“Anywhere I go, the discipline he instilled in me is very glaring in my relations with people and I am always commended for it.”

Olorunnimbe who chairs the Body of Retired Lagos State Judges during a condolence visit to the family said: “He lived a fulfilled life.”

Chief Okunnu hailed the deceased as an unblemished public servant who served the country to the best of his ability.

He said many of the landmark judgments delivered by the deceased became judicial precedents that have enriched the Bar and the Bench.

He cited the case between the Lagos State Director of Public Prosecution and Lagos industrialist and socialite, Jimoh Isola alias Ejigbadero on the murder of one Raji Oba at Alimoso, Lagos in the mid- 1970s.

Okunnu said: “It was a sensational case. Oluwa sentenced the socialite, Ejigbadero, owner of a nail industry at Mushin, to death. It was a famous judgment, which was affirmed by the Court of Appeal and the Supreme Court.”

He recalled that Ejigbadero’s alibi was that he was at the naming ceremony of his child during the murder, an argument punctured by the prosecution counsel, who called witnesses who described how the murder was committed.

The former Federal Commissioner for Works and Housing also described the deceased  as an incorruptible judge who shunned unethical practices during and after his active service years and  a great custodian of history, who was endowed with an enviable mental recall.

He said the retired judge laid an example of punctuality and discipline at the bench by not condoning lateness and laziness.

Okunnu said: “It was a great lesson. He was always punctual. At 9am, like his late brother, Justice Yaya Jinadu, he was on his seat in the court. If you were late to his court by one minute, you were out. It is a big lesson to our magistrates and judges today.”

The elder statesman also paid tribute to Oluwa for his contributions to the development of the Lagos State University, Ojo, which he served meritoriously as Pro-Chancellor.

He said: “He was the Chairman of Governing Council of LASU at a time when the institution was the best in Criminal Law among the universities in Nigeria.”

To the legal luminary, Lagos traditional society will always cherish the role of the Oluwa family in the pre-colonial days when High Chief Hamad Tijani Oluwa lent a great support to the monarch, Eleko Esugbayi, to regain his lost throne.

He said the culture of community service has endured through the principled position of Justice Oluwa on Lagos affairs and the patriotic activities of other descendants, including the Lagos West All Progressives Congress (APC) leader, Chief Rabiu Oluwa, grandson of Tijani Oluwa.

“Justice Oluwa was a great reservoir of historical knowledge and events in Nigeria and Lagos. He lost all that knowledge, which unfortunately he could not put down in writing, apart from his autobiography, which he released few years ago.

“He was the oldest old boy of Kings College, Lagos, which he left as school captain in 1938, with a large number of distinguished Nigerians in his set, including Chief Remi Fani-Kayode, Brig-Gen. Austin Peters and Prof. Anya.

“When you met him in the last couple of years, his memory was intact, despite his advanced age, as it was 50 years ago. He would tell you something as if he was in his late 40s and 50s.

Senator Obanikoro, who also paid his respects at the judge’s home, described him as “a father to all Lagosians.

“Justice Oluwa was a titan that stood for the truth, justice and humanity. A very fearless leader who fought anybody that stood against the interests of Lagos. He will be missed,” said Obanikoro, a former Minister of State for Defence.

For the Oluwa of Lagos and Apapa, Chief Mukaila Kolawole Lawal, the late judge left an indelible mark on the Judiciary and Lagos.

The late Oluwa  was born on June 23, 1918 to Lagosian parents in what later became Cross River State.

Justice Oluwa also attended School of Agriculture, Samaru-Zaria, University of London where he studied Law, and Lincoln’s Inn, London, where he was called to the Bar in 1957.

He started his law practice after he returned back to Nigeria from London and formed Oluwa, Kotoye and Co.He was appointed High Court judge on June 1, 1974. He retired on June 17, 1983.

Justice Oluwa at various times was Member, Board of Governors, Glover Memorial Hall (1965-1974), member, Lagos Town Council, Member, Reorganization of Local Government, Lagos State, and Pro-Chancellor of Lagos State University, Ojo. Also, for many years, he was the chairman of the Association of Lagos indigenous retired judges.

Why I Rejected Jonathan, Supported Buhari In 2015 – Amaechi