A gateman has been given the beating of his life over a minor incident by soldiers. 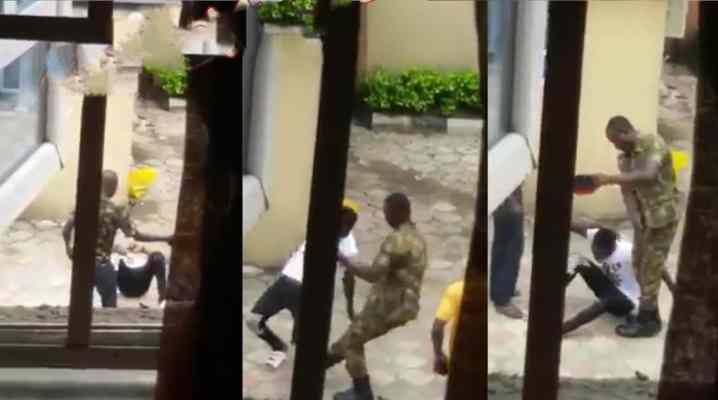 Soldiers assaulting the gateman
A gateman identified as Christopher Chiangi Magu has been beaten mercilessly by two soldiers who were invited by a female tenant for splashing water on her doorstep.
It was gathered that Magu was washing his co-tenant’s car when the misunderstanding started between him and the tenant.
The female tenant identified Onyiyechi Christian, aka Pretty, had threatened to stab Magu for splashing water on her doorstep, and later invited two of her soldier friends to beat up Magu. 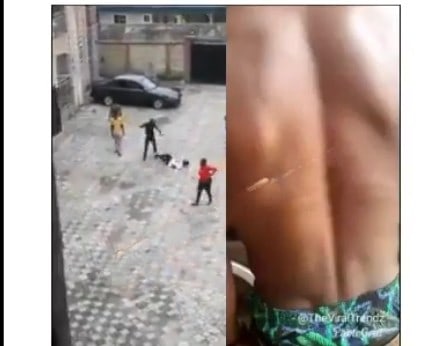 This was said to have happened at Comrade Amaechi’s compound at Radio estate, by AIT in Ozuoba, Rivers State, Port Harcourt.
The video shows how the gateman, (Magu) is been intimidated and beaten mercilessly by the soldiers.
Watch video below: