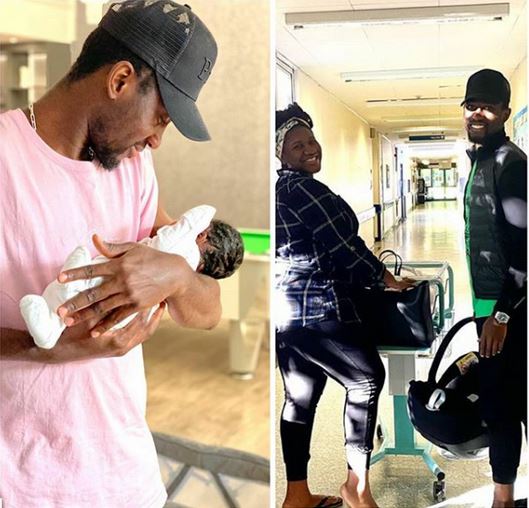 Ndidi with his baby and wife

Super Eagles midfielder Wilfred Ndidi has announced the arrival of his first child with wife Dinma who he married in May, 2019.

The Leicester City star disclosed that the adorable baby girl has been named Jaina as he posted of himself carrying the jewel on his Instagram handle.

Ndidi branded himself as the most fortunate man in the world after marrying long term girlfriend Dinma in Abuja last year.

A church wedding was held in the Nigerian capital city on Saturday, May 25, 2019 in where some of his teammates and top football administrators attended.

Before tying the knot in Abuja, the 22-year-old midfielder also had his traditional marriage in the city. And after the wedding ceremony, Wilfred Ndidi took to his social media account to tell his followers that he is fortunate to have Dinma as his life partner.

And just about twelve months,later, the love birds have welcomed their first child.

“I’m fortunate to know that God is gracious – Jaina,” he captioned the post while carrying the baby.

He was also pictured leaving the hospital alongside his wife.

I’m Fortunate to know that ‘’God is gracious’’ - JAINA ❤️