Bityong, who represented Kaura Constituency in the Assembly from 2011 to 2019, died on Friday night in Kaduna. 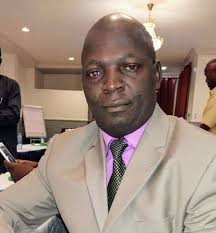 Bityong, who represented Kaura Constituency in the Assembly from 2011 to 2019, died on Friday night in Kaduna at the age of 56.

A political associate of the deceased, Yakubu Umaru-Spider, confirmed his death to the News Agency of Nigeria on Saturday in Kaduna.

Umaru-Spider, a former Secretary of Kaura Local Government, said Bityong was diagnosed with lung complications and placed on treatment two weeks ago.

“He became normal and continued with his life until yesterday (Friday) when he became ill again.

“He was taken to General Hospital in Unguwan Boro, around 8:30 p.m. but there was no doctor on the seat, and just minutes after 11 p.m. he gave up the ghost,” he said.

Bityong was also a commissioner in the ministries of Youths and Sports; Non-Governmental Organisation; and Special Duties between 2003 and 2010.

NAN correspondent, who visited the deceased’s residence reports that it was filled with family members, politicians, and other sympathisers.