Some thieves have been caught on camera scaling a fence to break into homes and rob at night. 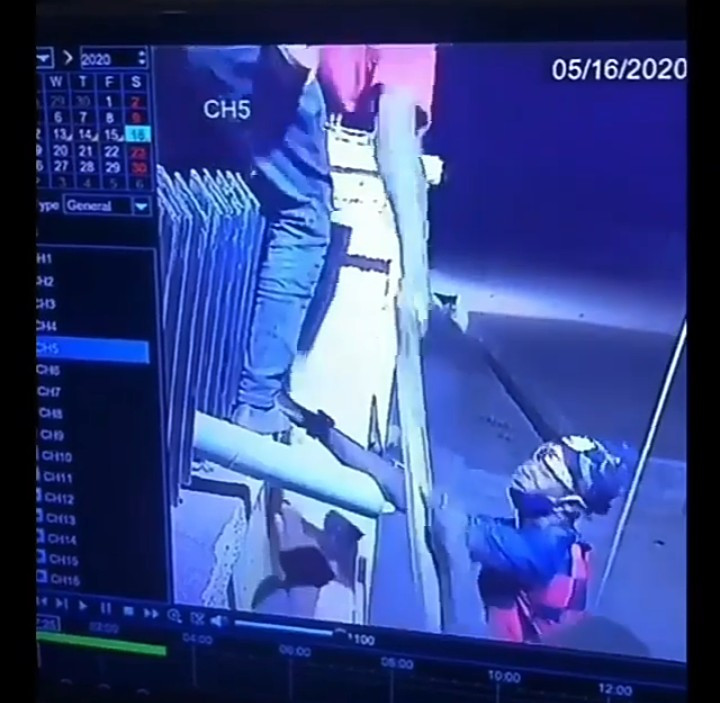 The thieves scaling a fance

CCTV footage captured the moment 7 thieves scaled a fence and broke into homes to rob residents.

Some reports claim the incident happened in Abuja in the early hours of Saturday, May 16. Others say it happened in Yola, Adamawa State.

In the video shared online, the robbers are seen holding cutlasses as they scaled the fence one after the other.

After scaling the fence, they went door to door, kicking them down to gain entrance into the homes of those living in the compound.

It appears people were injured because blood was seen all over the floor after the robbery incident.