A former almajiri from the north has told his story how he was helped by an Igbo man to escape his sad fate. 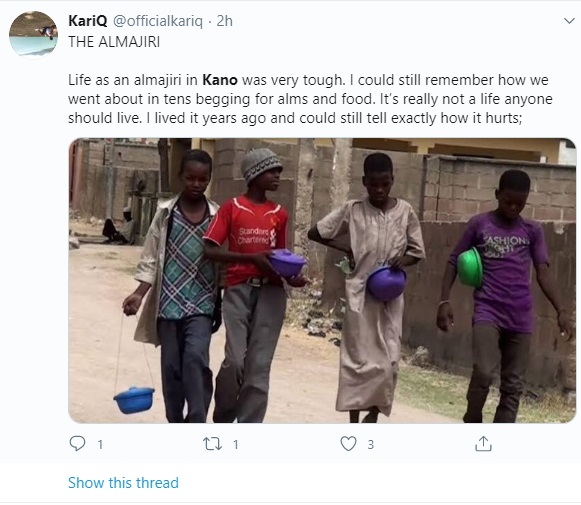 There are still Nigerians with a good heart. That is what a former almajiri found out after telling how he was saved by an Igbo man after many years of suffering as an almajiri.
The story was told by writer Japheth Prosper on Twitter.
The story, said to be a true story, tells of the life of an Almajiri, named Abubakar, who, together with his friend Ali, managed to leave the Almajiri system in Kano under the tutorship of one Mallam Ladan.
They were eventually helped by a Nigerian couple and they succeeded in rising above their lowly position.
Read the story below: 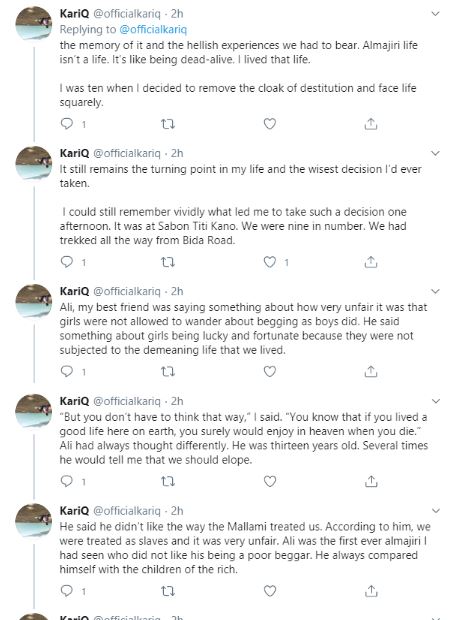 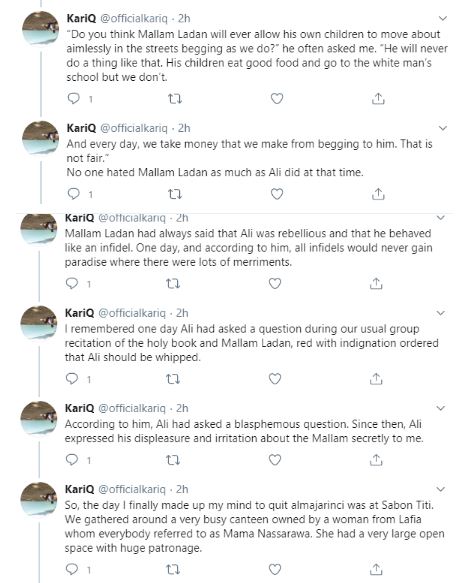 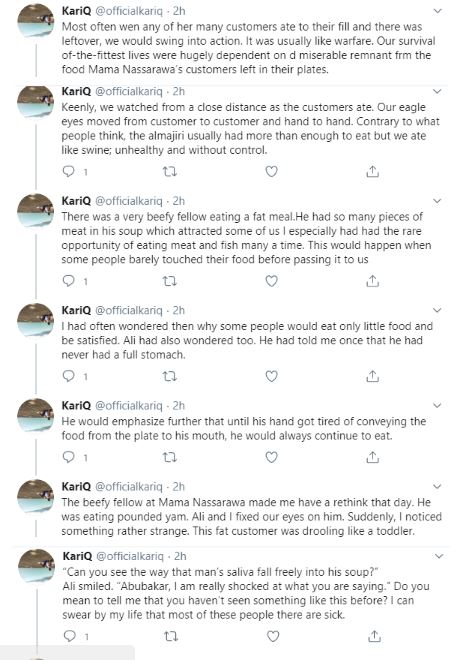 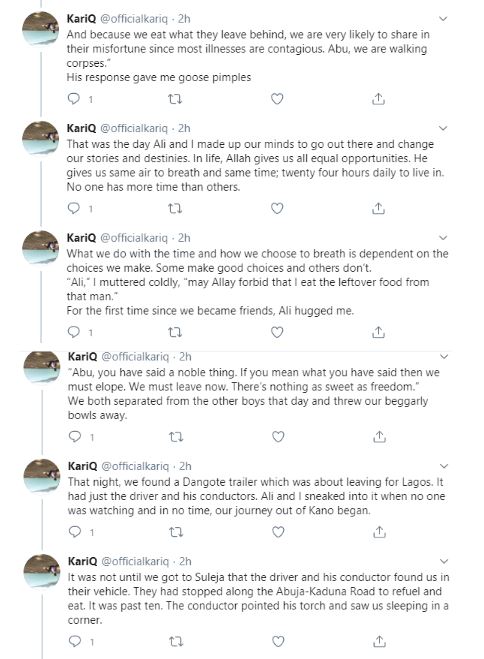 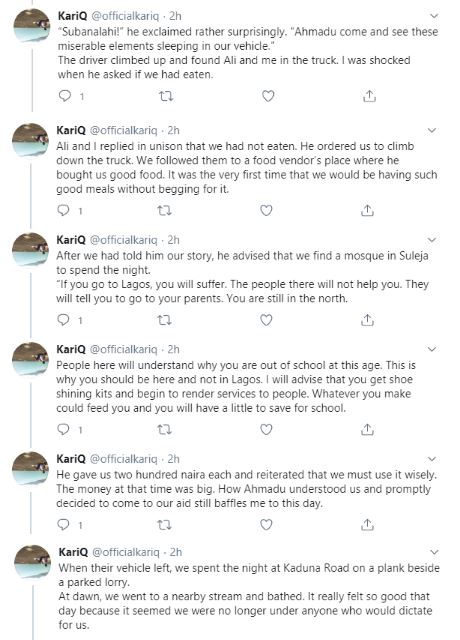 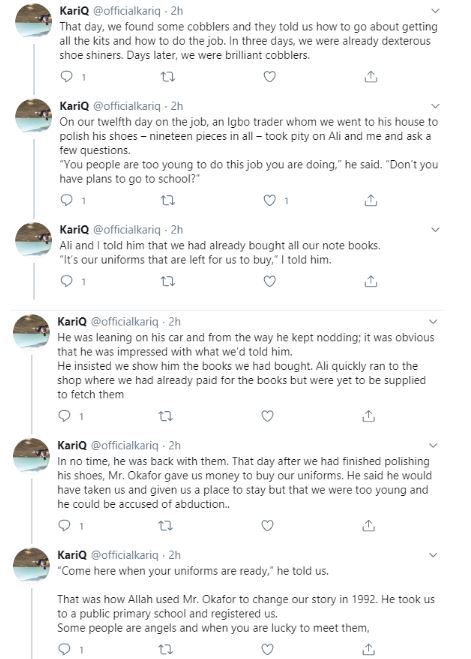 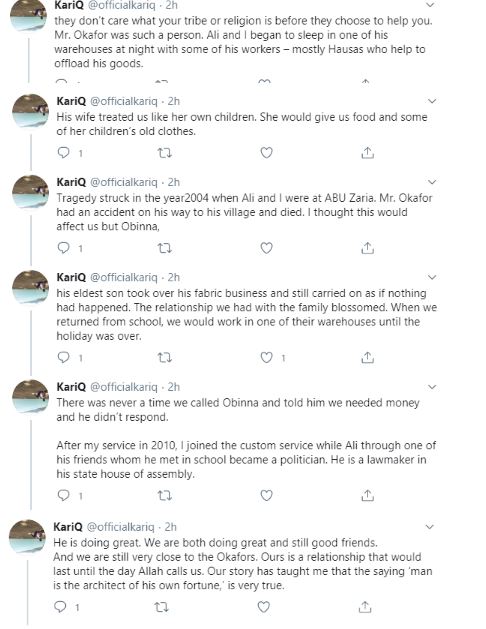 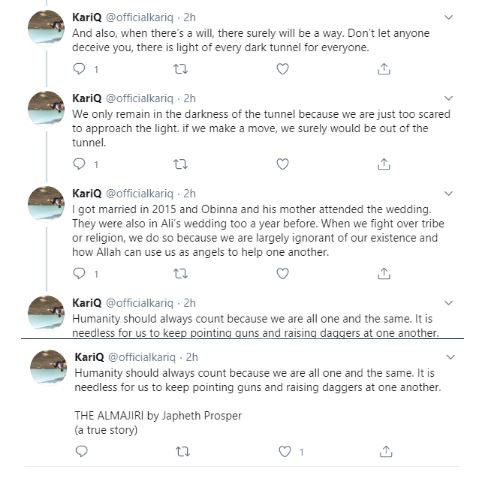