A dramatic and heartbroken woman has sent her ex-lover a tonne of onions to make him cry because he didn't shed a tear during their breakup while she cried for three days. 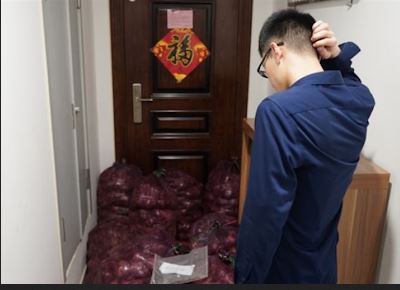 A heartbroken woman has punished her ex-boyfriend who cheated on her by sending him a tonne of onions to 'make him cry as much as I did'.

The ex-girlfriend, known by her surname Zhao, was left devastated after being dumped by her partner of over a year, according to the local press.

A picture released by Chinese media shows the alleged cheating boyfriend looking at the pile of vegetables after they were delivered to his door.

Ms Zhao was furious when she discovered that her former lover did not shed any tears after the splitting while she spent three days crying. 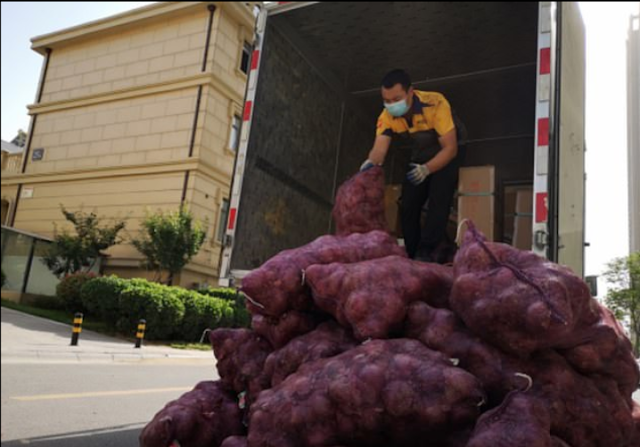 She ordered a tonne of red onions to be delivered to her ex-boyfriend's front door with a note that read: 'I've cried for three days, now it's your turn.'

Social media footage showed a delivery driver with a truck loaded with the root vegetables at a residential compound in Zibo, Shandong of eastern China as he tried to get in touch with Ms Zhao's boyfriend on Saturday.

An order label can be seen in the clip with an instruction asking the courier to not contact the receiver and 'just dump the onions at the front door'. 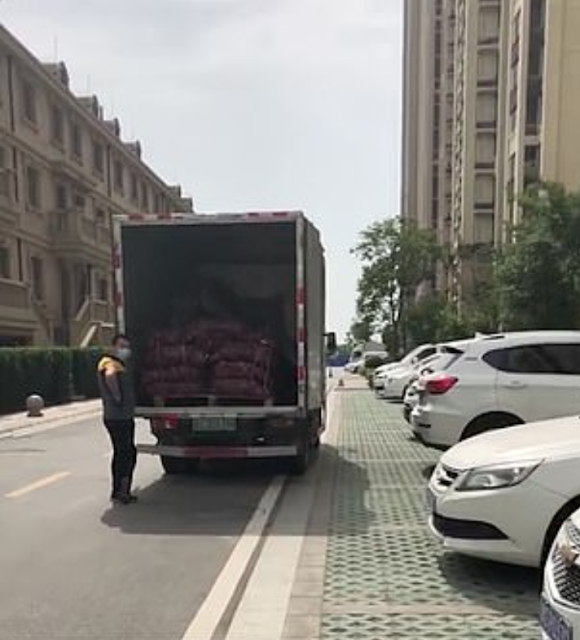 After failing to contact the ex-boyfriend, the delivery guy reportedly spent over four hours to move all the onions from the truck to the man's front door.

The anguished woman told the local press that she purchased the onions in the hope to make her ex-boyfriend, who remains unidentified, to 'cry as much as I did'.

'I heard from my friends that he was not upset at all after breaking up [with me],' Ms Zhao told reporters. 'I spent three days at home crying. I was so heart-broken.'

'So, I ordered a tonne of onions to his home. I've got money,' said the ex-girlfriend. 'I wanted him to know the taste of tears.'

Ms Zhao's ex-boyfriend later told Shandong Net that he broke up with the Chinese woman due to her 'over-the-top behaviours'.

'My ex-girlfriend was very dramatic. She is telling everyone that I haven't shed one tear since our break-up,' he added. 'Am I a bad person for simply not crying?'

A neighbour who lives in the same complex as Ms Zhao's boyfriend complained to the reporters: 'I don't know if her boyfriend cried, but I have definitely cried! This whole compound stinks of onions.'