'He Was An Incompetent President, Grossly Incompetent' - Trump Blasts Obama


After criticizing the poor manner Donald Trump handled coronavirus crisis in the country, Obama has receiving bashing from Trump. 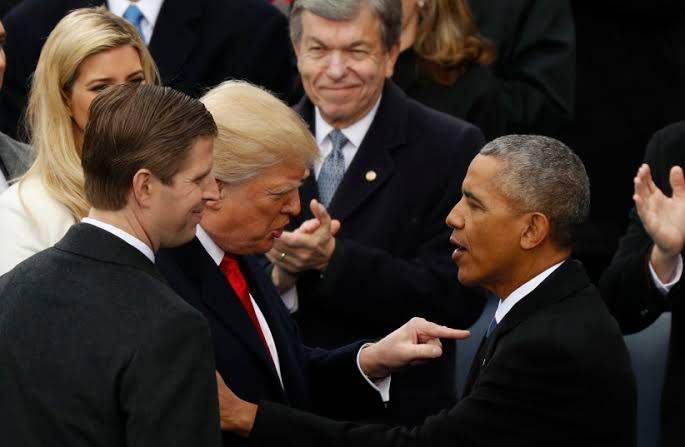 Donald Trump and Barack Obama
US President, Donald Trump has called former President, Barack Obama “grossly incompetent”.
His response comes after Obama had criticized the poor manner he handled COVID-19 pandemic in the United States.
Trump answering a reporter’s question outside the White House said “look, he was an incompetent president. That’s all I can say. Grossly incompetent”.
His response has since spiked various reactions on social media.
See comments below:

President Trump: "[President Obama] was an incompetent president. That's all I can say. Grossly incompetent." pic.twitter.com/Cw6CwgxUrT